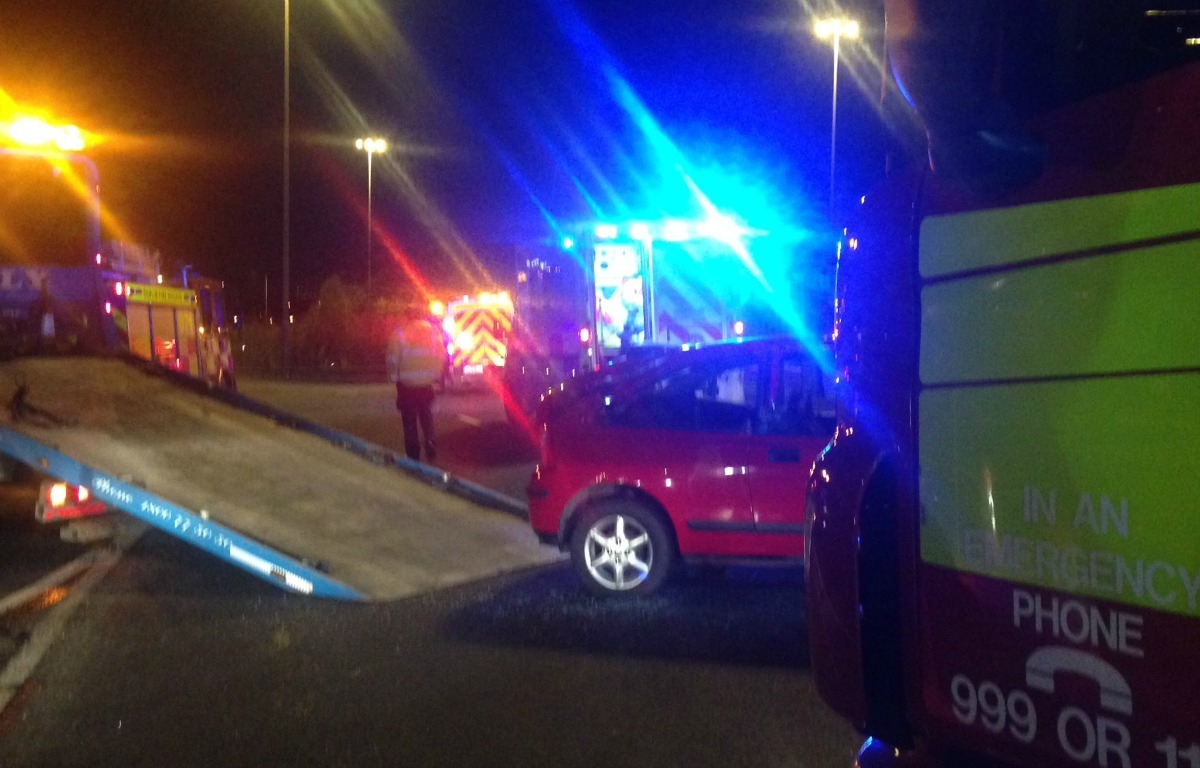 Five people have been injured in a road traffic accident in Tallaght tonight according to Dublin Fire Brigade.

The two-vehicle crash happened on the on ramp (Northbound) to the M50 at the Firhouse junction just after 8pm.

We’re responding to an RTC on the @M50Dublin Jct 12 Northbound. Possibly on the on/off ramp. Take care in the area. 3 vehicles. pic.twitter.com/wBoT6m4U6g

DUBLIN: On ramp of J12 Firhouse closed after collision on M50 northbound https://t.co/qvBPcgxUj8

5 injured in the 2 vehicle RTC, all stable. 1 person trapped in the car and was cut free by Tallaght and D Barn crews. Road reopen shortly. pic.twitter.com/xNDTRO6RVL

DUBLIN: Collision has been cleared from the M50 northbound by J12 Firhouse.https://t.co/qvBPcgxUj8

All five people involved are said to be stable, with one of the injured having to be cut from the car they were travelling in.

Fire crews from Tallaght and Dolphin’s Barn rushed to the scene and the road was closed for a time, and the crash has now been cleared.

The road is expected to fully reopen shortly.