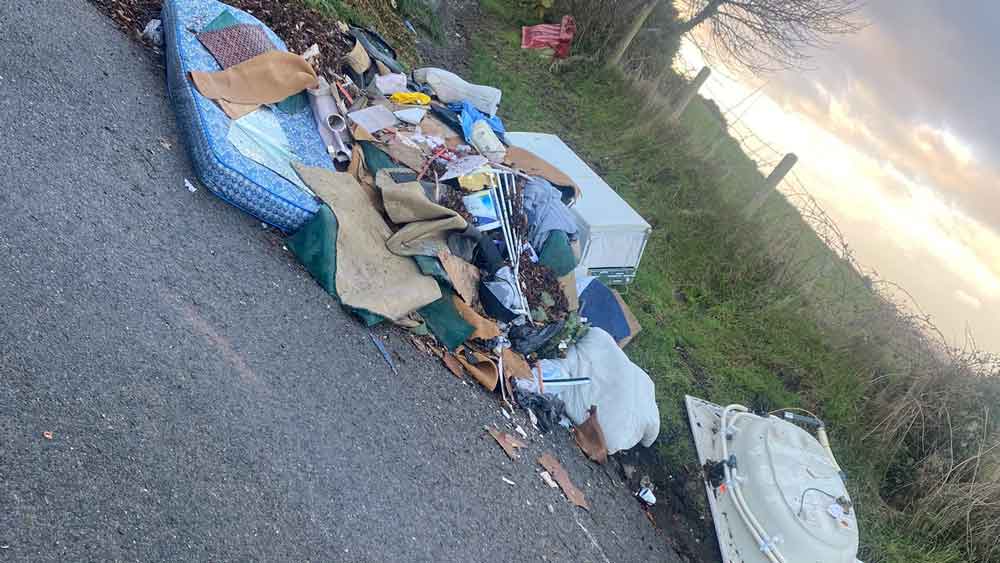 HOURS after rubbish was cleared by South Dublin County Council following weeks of illegal dumping, fly-tippers returned to an area in the uplands of Tallaght to scatter more waste.

Horan’s Lane in Tallaght, which immediately overlooks Killinarden, has fell foul to occasional fly-tipping in recent times and it is growing into a major cause for concern for residents.

On January 6, trees and garden rubbish was illegally dumped along the lane, near the house where Malachi Horan formally lived.

A week later, January 13, fly-tippers returned to offload household rubbish such as a American-style fridge freezer, bathtub, carpet and other assorted items.

“The commonality of people thinking it’s okay to come up here and dump is what is concerning,” says Horan’s Lane resident Robert McNulty.

“It’s really just a lack of decency for the people that live up here and who walk up here.

“A lot of this stuff, the likes of your fridge freezer, can be got rid of for free – places like Power City recycle electrical waste for free.

“So, there’s absolutely no need to be dumping this stuff.

“It was a good pile of rubbish, the issue is that the longer it is there, it attracts more rubbish because people continue dumping on the same spot.”

Mr McNulty reported the incidences of illegal dumping to South Dublin Council Litter Warden, and on Tuesday, the rubbish was removed.

While the road is quiet, fly-tippers have been discreet with their antics.

Less than eight hours after the council removed the initial pile of rubbish, just as it got dark on Tuesday evening, the road was once again used to dump more rubbish.