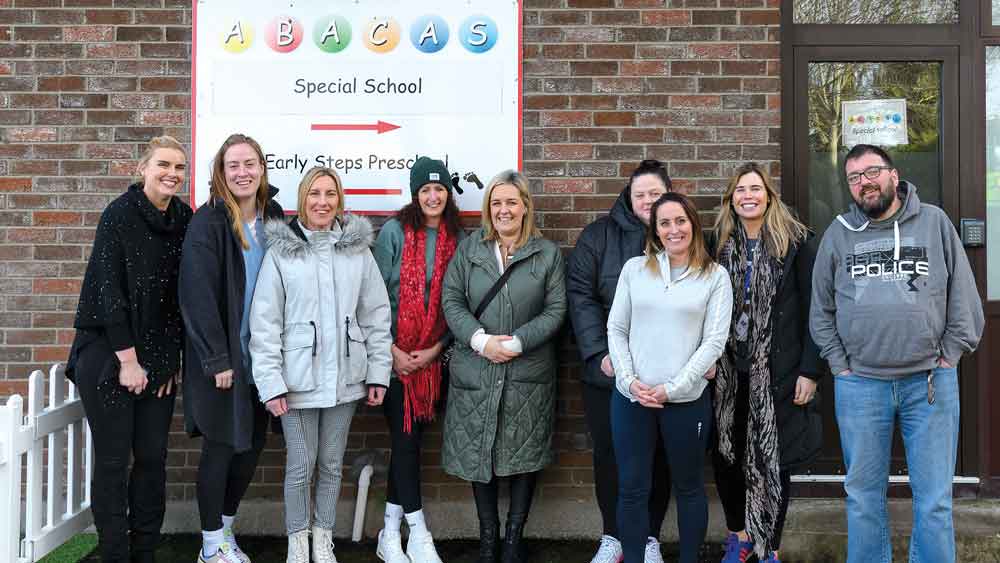 Abacas in desperate need of funding

A LOCAL mother is fundraising for the ABACAS Special School in Kilnamanagh after seeing the difference it has made to her son’s development and the school’s need for improved facilities.

Tanya Lieghio’s nine-year-old son, Max Gaynor, has been attending the school for over a year and has come on in leaps and bounds since enrolling in ABACAS.

Max has autism and is non-verbal, and has complex additional needs that only a school like ABACAS can cater for.

The young boy is regularly accompanied by his beloved assistance dog Jangle, but through his involvement in ABACAS he has gained more life skills and a sense of independence.

Tanya told The Echo: “ABACAS is amazing, it’s made a huge difference to Max’s life.

“When he goes to school, I know I don’t have to worry about him and that he’s in good hands.

“They give him good life skills, like going to Dunnes and shopping, and bringing him on the Luas and to Costa and McDonald’s.

“He has a service dog, which is great, but he’s learning that when he’s with the school that he has to walk beside his adult and not run away.”

Max’s communication skills have also improved, as he uses an iPad in school where he points at pictures to let teachers know what he’d like, and if he’s hungry or thirsty.

While Tanya is delighted with the impact ABACAS is having on her son, when she recently saw the school at a parents’ evening she was shocked at the condition of it.

“They have a kitchen in the school where they want to teach the children life skills like filling a dishwasher, making a cup of tea and putting cereal into a bowl,” Tanya explained.

“But they’ve no doors on the presses, no washing machine, no dishwasher, no microwave. “The classrooms don’t have storage or shelving.

“The school only has 30 pupils, so they only get a small grant, and they use it for electricity, printing paper, the usual stuff a school needs.

“A lot of the children aren’t toilet trained, so the school also has nappies and wipes, they bring them on the Luas and to McDonald’s and they never ask parents for money for this.”

Some of the original features from when the school was first developed in 1976 still remain, such as the primary school-sized toilets, even though children attended ABACAS until they’re 18.

The school also doesn’t have a caretaker, meaning that when odd jobs need to be done, they need to get outside help to do it, further eating into the school’s dwindling finances.

Seeing the difference the school has made to her son and the funding crunch that has prevented the school from updating spurred Tanya on to set up a fundraiser for ABACAS in recent weeks.

There are several tradespeople in Tanya’s family and in the local area who are happy to volunteer their time, but the materials will need to be purchased using money from the fundraiser.

Tanya’s employer, Cassidy Travel, has also gotten behind the cause by donating a holiday that will be raffled off for the fundraiser, which they’re also sponsoring, in the coming weeks.

“ABACAS is in desperate need of funding and help, and the kids and the school deserve the best,” said Tanya.

Commenting on the difference the fundraiser will make to the school, the principal of ABACAS, Lesley Brant, said: “The students are so deserving of it.

“They work really hard, and the staff are amazing.

“Everyone is so welcoming, and we want to have a school environment to match that.”

Donations to Tanya’s Go Fund Me for ABACAS, titled ‘Help Us Improve Our School’, can be made through the Improve our School on gofundme.