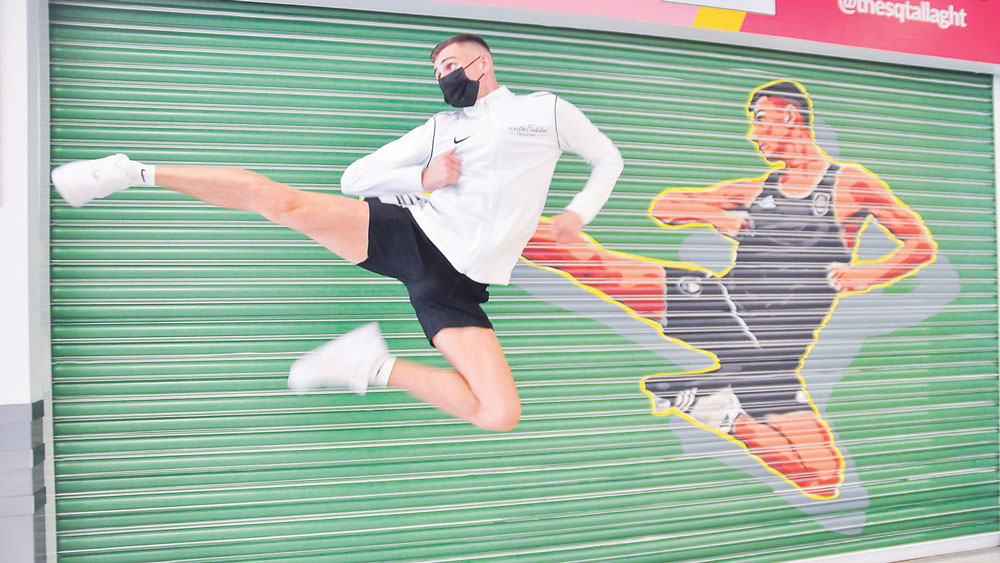 TALLAGHT’s achievements are being celebrated in full colour across two locations at The Square, highlighting the positive work being done locally in both sport and art.

The first piece is located indoors on Level 1 and celebrates Jobstown resident Jack Woolley in action.

In celebration of Jack and his club, the team at The Square commissioned an art piece from Tallaght artist Jeff Tracey, who grew up in Seskin View.

The Square also presented South Dublin Taekwondo with a €500 cheque in support of its work with young people.

In a comment to The Echo, Fiona Power of The Square, said: “We’re delighted to support South Dublin Taekwondo, Jack’s local club, and help them continue to provide such a great community resource.

“We’re all so proud of Jack too, a wonderful ambassador for Tallaght and the whole country.

“Geoff [Tracey] has captured him perfectly and we’re just delighted we can bring some of the joy and pride Jack brings to the community through The Sq Arts Project.” 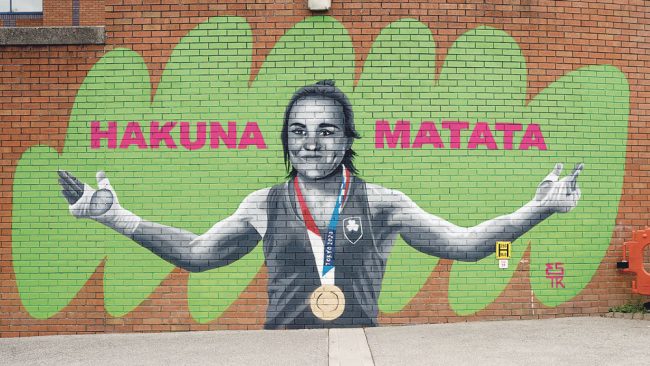 A second mural has been unveiled of Olympic gold medallist Kellie Harrington on an outside Level 3 wall, which was created by Tallaght street artist Emmalene Blake.

From Portland Row in Dublin’s north inner city, Kellie joined St Mary’s Boxing Club in Tallaght some six years ago and is coached by Noel Burke.

“St Mary’s has had a challenging year with Covid impacting on their abilities, so we look forward to welcoming Noel from the club down shortly to handover another donation.”

While both murals celebrate the achievements of Jack and Kellie and the clubs that support them, it also showcases local artists – as Jeff and Emmalene bring colour to Tallaght’s achievements.