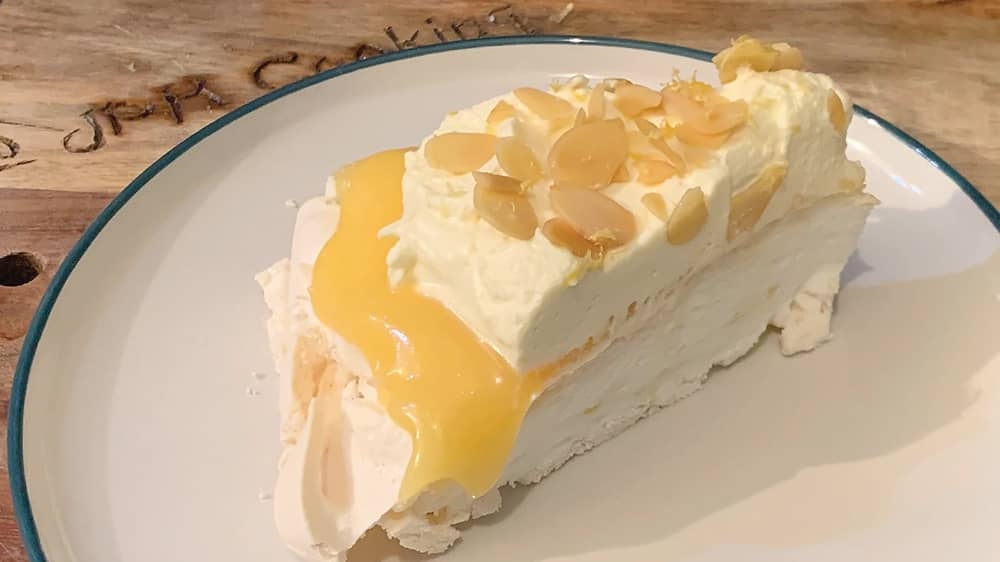 I shared some of my favourite Pavlova recipes last year with you all as I was inspired to make different variations during the summer months.

This recipe comes from the queen of Pavlova’s, Nigella Lawson herself, and it has to be one of my favourites. I made one over the weekend for the first time in months and I’d forgotten just how good it tastes!

When I came upon this recipe - watching a rerun of one of her series - this pavlova featured which immediately inspired me as I adore citrus based desserts. The great thing about making Pavlova is that it goes a long way plus it’s a nice lighter option for post Sunday Roast dessert.

I tweeted a pic of my Pavlova when I made it and I was thrilled to get a response from the queen herself exclaiming ‘Now that’s a beauty’. Believe me this is and it went down a storm with all my family.

1. Preheat your oven to 180 degrees / Gas Mark 4 and line a baking sheet with parchment paper.

2. Beat the eggs until peaks form, then beat in the sugar a spoonful at a time until shiny and glossy and the meringue forms stiff peaks.

3. Sprinkle the cornflour over the meringue, then grate in the zest of one lemon and add two teaspoons of lemon juice.

4. Gently fold everything together being careful not to knock any of the air out of your meringue then mound onto your lined baking tray into a fat circle about 23cm in diameter and smooth the sides and top with a spatula

5. Pop into the oven and immediately turn the temperature down to 160degrees / Gas mark 2 and bake for 1 hour.

6. If you have time leave your Pavlova to cool down completely in the oven with the oven door slightly ajar.

7. When you’re ready to serve (never decorate and assemble a Pavlova too far in advance) turn the Pavlova onto a flat plate or board. Toast your almonds over a medium heat on a dry pan until they start to go nice and golden.

8. Whip the cream until thick and airy but be careful not to over-whip or it will turn to butter!

9. Then smear the top of the Pavlova with lemon curd – it’s okay if some of it seeps down the sides, this adds to the beauty of it, and adorn with the cream.

10. Sprinkle on the toasted almonds and a final zesting of one lemon- Serve and Enjoy.

My sister and brother-in-law adore Pavlova. My sister gets very excited when she hears it’s Pavlova for Sunday dessert and while I’ve made a number of different versions and recipes over the years this one has to be my favourite.

The Pavlova is crispy on the outside with a soft chew and fluffy marshmallow like on the inside. Coupled with zesty lemon curd, double cream and the crunch of the toasted almonds, this recipe for me is now one of my go to favourites. I hope you will all give it a try and enjoy!