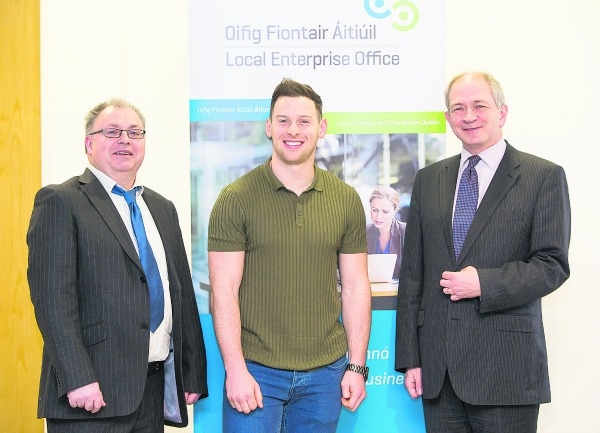 The Dubs defender and current All-star gave the Key Note address for the week, and it surely delivered on being one of the highlights of the week.

Philly spoke about his background, how he grew up and the factors that have made him the man he is today.

He was born and reared in Ballymun who as a boy become involved in the GAA, which he admitted he owed a lot to for instilling a sense of discipline and responsibility that helped him avoid negative paths that could have led him astray.

From there, he earned a sports education degree in DCU, and began running fitness classes for his local club Ballymun Kickhams.

This was the birth of BK Fitness Gyms, and from there, he hasn’t looked back. He has won 3 All-Ireland Medals with Dublin and has also started Fitfood Ireland, a healthy food company that he hopes one day will challenge the popularity of the big fast food outlets in Ireland.

Aside from his business and sporting activities, Philly is also deeply committed to giving back to his community, and does a lot of work to help children and adults in Ballymun raise their self-esteem and avoid possible negative influences in their lives.

The South Dublin LEO were delighted to host this event and give the business people of South Dublin the chance to pick the brains of someone who has managed to find that elusive balance between work and personal commitments.