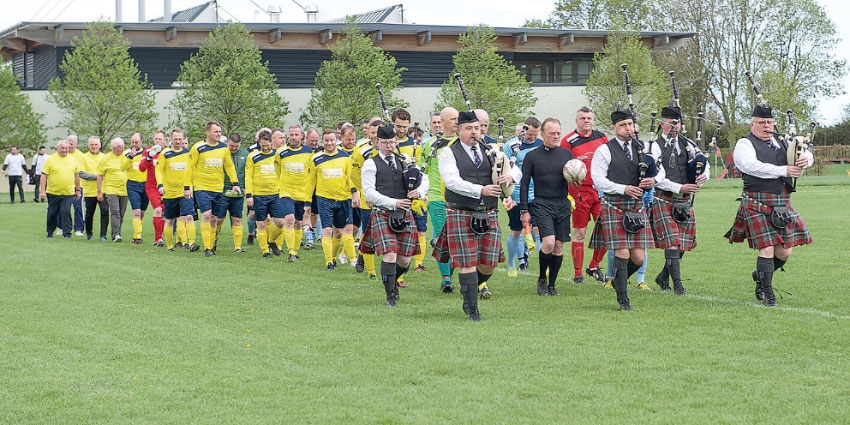 Former Celtic footballer plays his part in raising €9,300 for Our Lady’s

EX-GLASGOW Celtic footballer Paul Byrne was a handy addition to the North Clondalkin side for the annual ‘Battle of the Bridge’ match against South Clondalkin.

The Neilstown native rolled back the years, scoring two cracking goals in the second half to help the North overcome a 2-0 halftime deficit and win the game 3-2.

The over 35’s match is organised to raise funds for Our Lady’s Children’s Hospital,  linking in to support the Laurels Charity Cycle Crew.

“We were hoping to raise the same amount as last year or beat it, but didn’t think we would raise that amount,” said Kevin.

“It was a brilliant day. The North won the cup back after the South won it last year. We have made it an annual event, the week after the Laurels Cycle from Galway to Dublin.

“After the game we all went to the Laurels for a meal and presented them with the money raised. It was a bit of a turnaraound after being 2-0 down, with Paul Byrne scoring two goals. You can see them [the goals] on the Laurels Facebook page.”

Byrne (46), was an extremely talented footballer in his day, scoring a famous volley against Rangers during an Old Firm derby at Ibrox in 1995, the equalizer in a 1-1 draw.