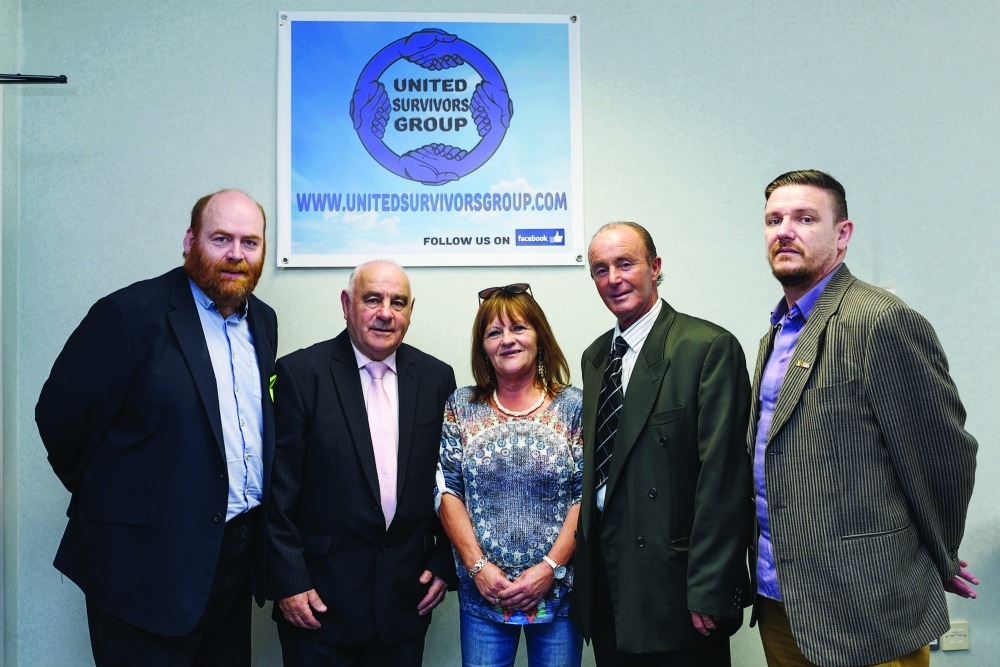 FORMER institution “inmates” launched a United Survivors Group this week – in an effort to seek justice.

Tony Kelly, who spent the first 16 years of his life in nine foster homes and one institution, registered the new group in his Tallaght home, and is joined by Independent Councillor Francis Timmons, David Kinsella and Terri Harrison.

The group have a number of goals, including an end to the use of the word ‘home’ in reference to mothers and baby institutions, and to be included in a State apology and redress scheme.

Kelly started working for Mayo County Council at 14, but left for the UK at 16, due to the “abuse” in his upbringing.

“I think I can speak with some authority on foster homes, institutions and child abuse, hence my reason for being involved in the setting up this group,” said Kelly.

Clondalkin resident David Kinsella, is delighted the Mother and Baby Home Commission of Investigation ordered an excavation on the site of the former mother and baby home in Tuam.

“I trust if more institutions need excavation, the commission will do so rightly,” said Kinsella, who was born in St Patrick’s Mother and Baby Home on Navan Road and never saw his birth mother.

He continued: “In the meantime, our group makes further progress. We look forward to meeting with the commission and Minister Katherine Zappone.”

Parkwest resident Terri Harrison, escaped Bessborough, only to be brought to St Patrick’s, where she was denied pain relief in labour, before nuns took her first-born away.

Terri said: “Having being abducted from the UK by the Catholic Crusade and Rescue Society in 1973, and held against my will, I genuine believed that no one in Ireland would ever want to know what they did behind their walls.

“I always asked like many other single mums, why was this allowed to happen? Many females braved their sentences and were silenced.

“Terms like homes were used to describe places that stole identities, sold babies, forced females to work hard, deprived them of basic human rights, finally to be told your new-born baby had passed away, no medical proof, no ritual of a Catholic burial.”

She continued: “Our pressure group will challenge the wrongs of the past. We did nothing wrong. In our living bereavement some of us are still hoping to hold our adult child again.”

Kelly says their political support is building, and the group will have an official launch on the November 4 at Áras Chrónáin in Clondalkin.