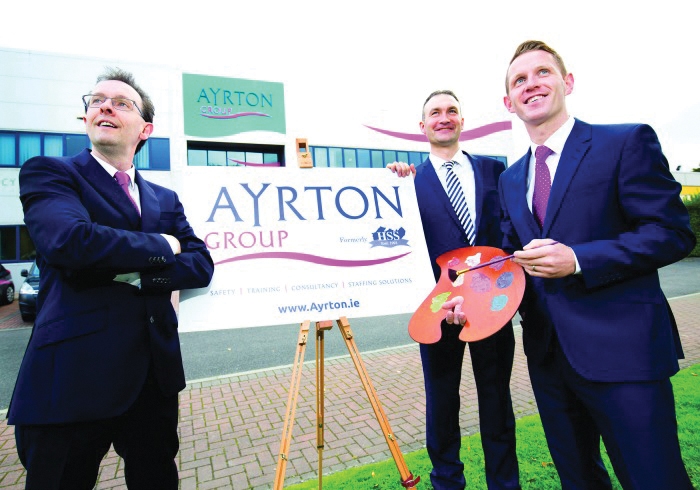 Ayrton Group, formally known as Health & Safety Services (HSS), has announced the creation of 40 new jobs out of its Tallaght offices. The company also announced 20 new jobs in Cork.

This jobs announcement coincided with the revealing of the company’s new re-brand to Ayrton Group and the official Opening of their new Dublin offices and training facility in Tallaght.

The opening of Ayrton Group’s new Dublin office and training facility follows year on year growth of +40 per cent for each of the last 3 years, which has seen the company become one of Ireland’s largest safety training, consultancy and staffing solutions provider in the market.

The 60 new positions announced will support the company’s growing activity across all its key markets, including Ireland, UK, Belgium, Sweden, Switzerland & the Netherlands.

The roles on offer include Environmental Safety and Health Managers, PSDP Engineers, Safety Officers, Sales and Back office support.

Kieran Linehan, Managing Director of Ayrton Group told The Echo: “We’re delighted to be announcing a recruitment drive, which follows a significant investment in our business.

“We have been long established as the safety organisation of choice in the market and today’s announcement will reinforce the commitment we have to providing the highest standards of expert safety professionals, consultancy and training services”.

Ayrton Group has been operating from its headquarters in Newmarket, Co Cork since it was first established in 1993.

The expansion of their offices in Dublin and the opening of the state-of-the-art training facility in Tallaght represents an investment of more than half million euro by Ayrton Group.