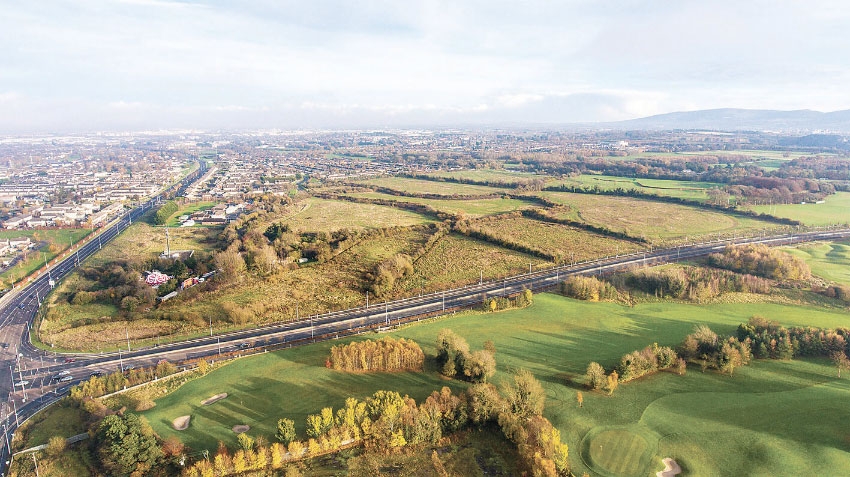 Four parties in talks to develop 892 residential units in Kilcarbery

FOUR shortlisted tenderers have been in discussion with South Dublin County Council in relation to proposals for a development containing 892 residential units at Kilcarbery Grange in Clondalkin.

In plans launched last year, SDCC anticipate that 30 per cent of the homes will be allocated as social housing units, to be owned and managed by the local authority.

Subject to planning permission, the project is to develop a mixed tenure housing development on a 72.8 acres site, in accordance with the Kilcarbery Grange Preliminary Masterplan, the county development plan, and Rebuilding Ireland.

The development will be paid for through the Department of Housing.

The National Development Finance Agency (NDFA) is financial advisor to SDCC on the project.

Meanwhile, Solidarity released a proposal recently calling for the social housing allocations at Kilcarbery Grange to be doubled to 60 per cent, as a response to the housing crisis.

The party document calls for 536 of the 893 homes to go to people on existing council housing and homeless lists, to be financed through the Social Housing Investment Fund.

They say the remaining 356 homes should be offered at affordable mortgages, financed through the Housing Finance Agency, with the potential to be recouped via a buy-back option by the council over a 30 year period.

SDCC are seeking expressions of interest from developers for the site.