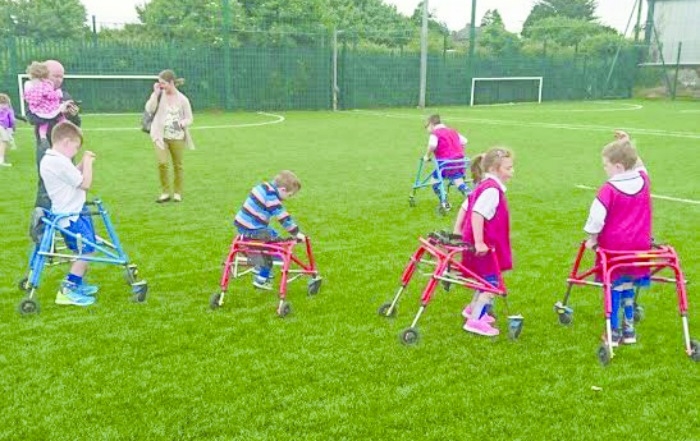 WORK ON the frame football facility at Esker Celtic FC in Lucan is due to commence in September, all going to plan. This was revealed at this week’s Lucan area committee meeting of South Dublin County Council.

Councillor Vicki Casserley proposed a motion requesting the Chief Executive “to provide a detailed report, for discussion, on the next steps in progressing the planned frame football facility at Hermitage Park.”

The Council replied that they expect to tender for the project in July “and assuming that an acceptable tender is received, the expected commencement time for the project on the ground would be September 2017”.

The Esker Celtic FC frame football team is made up of kids who need a frame to walk or who benefit from using a frame to play football.

They may use their legs or the frame to move the ball but all other rules are the same.

Currently Esker Celtic have the only frame football team in the country.