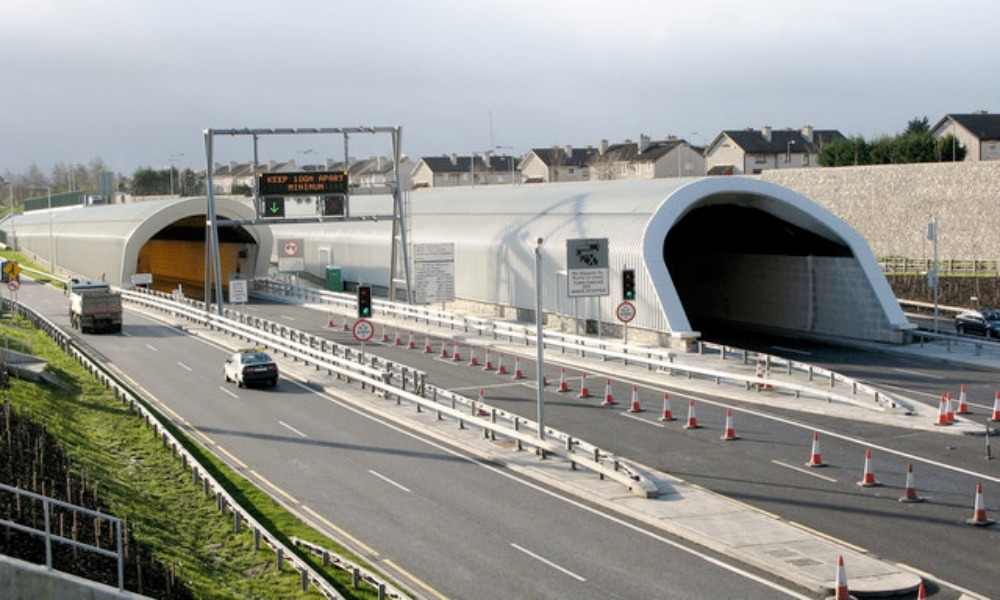 Speed cameras will be in operation in Dublin’s Port Tunnel from midnight tonight.

Traffic levels through the tunnel have increased by 40% over the last five years, and as a result of this there is statistically an increase in the potential for collisions and incidents.

The average speed camera enforcement system monitors a driver’s average speed while driving through the tunnel and if a driver is above the 80 km/h speed limit the driver will be in violation and an enforcement penalty will apply.

Once the average speed camera enforcement system determines a vehicle has exceeded the speed limit it will automatically create a record of the violation which will then be transmitted to Gardai for their action.

The enforcement procedure will mirror the existing procedures developed by Gardai for the processing of speeding offences that incur a fixed charge and applicable penalty points.

The fixed charge penalty for speeding is currently an €80 fine and three penalty points on your licence, increasing to five penalty points and an increased fine if convicted in court.

Speaking about the introduction of the speed cameras, Minister for Transport Shane Ross said: “Any initiative that has the potential to save lives and reduce serious injuries on our roads is to be welcomed.”

Meanwhile, Assistant Commissioner Michael Finn said; “As we approach the June bank holiday, a time when there will be an increase in traffic volumes on the road, we welcome this enhancement to the operations and safety of the Dublin Tunnel.

“The amount of traffic in particular travelling through the Dublin Tunnel is increasing and this new average speed enforcement system provides additional support toward maintaining a safe travel experience for all users of the Tunnel.”

Motorists will notice the large yellow poles which will support the camera system, and all those using the tunnel should note that the cameras do not flash and have not flashing lights, but will be monitoring at all times.