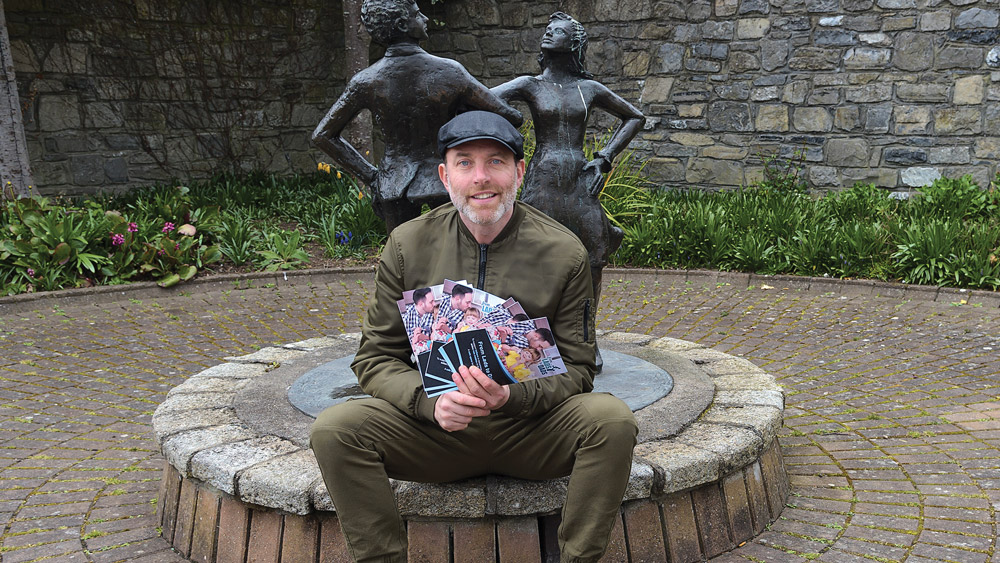 Dave Saunders, founder of From Dads to Lads in Tallaght Village

From Lads to Dads creates a positive pathway for men

In a series of weekly articles, we get the full story on the 13 projects awarded funding through the €100k Tallaght Fund, and how each project aims to positively impact the community.

A COMMUNITY-based support service for dads and dads-to-be is looking forward to the year ahead after they were awarded a €10,000 grant through the Tallaght Fund.

From Lads to Dads is among 13 grassroot projects awarded a grant through the €100k annual investment in local communities and the ideas of those living and working in the area.

The €100k Tallaght Fund is run by the Síol Foundation, a social enterprise founded by entrepreneur Ed Dunne, who grew up in Belgard.

This week we spoke with Dave Saunders, who established From Lads to Dads in 2019 to help create positive pathways into parenthood for men of all ages.

The service has grown into a safe, confidential and non-judgemental community-based space for all dads to talk and share their experiences of parenthood.

“The main thing here is to give dads a bit of confidence, belief and guidance, support dads to become positive, influential and active role models in their children’s lives”, Dave said.

Through his own life and work experiences, Dave, who living in Tallaght Village became a dad at the age of 17, saw a gap in services for dads and expecting dads.

“The biggest reason [for From Lads to Dads] was I noticed a severe service gap in the antenatal space for dads, in general”, Dave said. 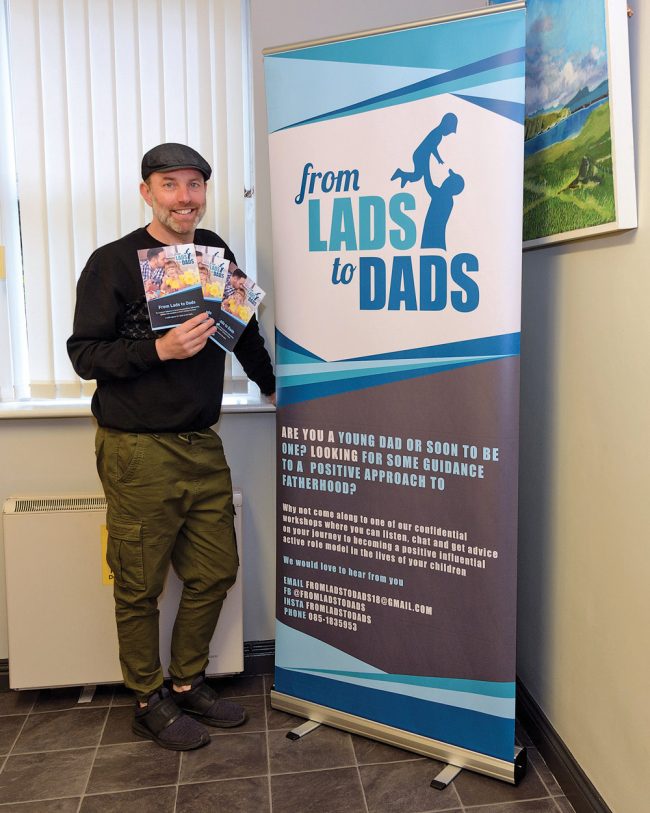 Dave Saunders is thankful for the support from the Tallaght Fund

“Services for dads just don’t exist, and that’s what we started to realise when we started out on this journey.

“They say it takes a village to raise a child, and I was lucky I had a very supportive village around me, but a lot of dads don’t.”

One of the important aspects of the group for Dave is its sense of community, and its peer-led approach, with dads-to-be, new dads and more experienced dads supporting each other.

“It is peer-led support”, he said.

“While there is structure to all the groups… the concerns raised by dads is what drives the group.”

Despite only launching in September 2019, and a global pandemic, From Lads to Dads has in two-and-a-half years engaged with around 45 dads and connected with local organisations.

Currently, in conjunction with Blue Skies Initiative in Clondalkin, From Lads to Dads is running a six-week antenatal programme, a four-week post-natal programme and infant massage – with plans to establish a child development programme underway.

A referral pathway into additional services, should a dad need it, is also available, with Dave hoping to build on this pathway through further engagement with local and national organisations.

In order to build on engagement and further grow Lads to Dads, which is a registered charity, Dave wanted to carry out a policy review.

“An application for funding was put in [with the Tallaght Fund] for the governance of the organisation, and to update policies, procedures and to make sure everything is current with legislation”, Dave said.

“Every charity needs governance in order to engage with other organisations, it’s important that a charity is working at a certain level.

“Working with other organisations will also give us further reach in the area and engagement with more dads on their parental journey.”

He added: “Long-term, I’d love to see Lads to Dads as a stand alone organisation, with programmes running in as many locations as possible.”

Expressing his appreciation to the Tallaght Fund for the €10,000 grant, Dave also thanked the social enterprise for its practical support and advice.

“The Tallaght Fund has been so supportive in general, helpful with advice and very encouraging”, Dave said.

“A huge thank you to them.”