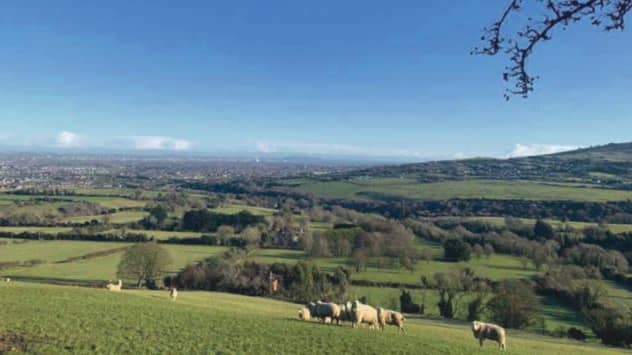 FUNDING for signage to help prevent dog attacks on sheep in Kiltipper Park has been granted.

The signage comes in response to recent dog attacks on sheep on a farmland adjacent to Kiltipper Park, as previously reported in The Echo.

South Dublin County Council have confirmed that the funding for ‘comprehensive signage’ for Kiltipper Park has been recently granted and will be implemented in the coming months.

It comes after calls were made by local councillors to tackle the issue including reinforcing boundaries and repairing fences and communicating the importance of dogs being on leashes through signage and social media.

In addition to this comprehensive signage, signs stating that dogs should be kept under control are currently being made and will be installed in Kiltipper Park over the next few weeks.

The boundaries of the park were also reviewed last year with the landowners and reinstatement was put in place.

South Dublin County Council responded to the calls for immediate action to tackle the issue at a recent area committee meeting on Tuesday, April 13.

The council said: “Dog attacks cause real and serious injury to sheep and can have a negative impact, both financially and emotionally, on the farmers involved and their families.

“Sheep worrying is a big issue for Sheep farmers at any time of the year, but it is hugely problematic when it happens during the lambing season.

“In lambing season extra vigilance is required by dog owners. Any dog, including family pets can become involved in a sheep worrying/kill episode if we (humans) give them the opportunity.

“The Dog owner is liable for any damages arising. Dogs must always be kept under control.”

Under the Control of Dogs Act 1986, it is the responsibility of dog owners to ensure that they are in control of their dogs at all times.