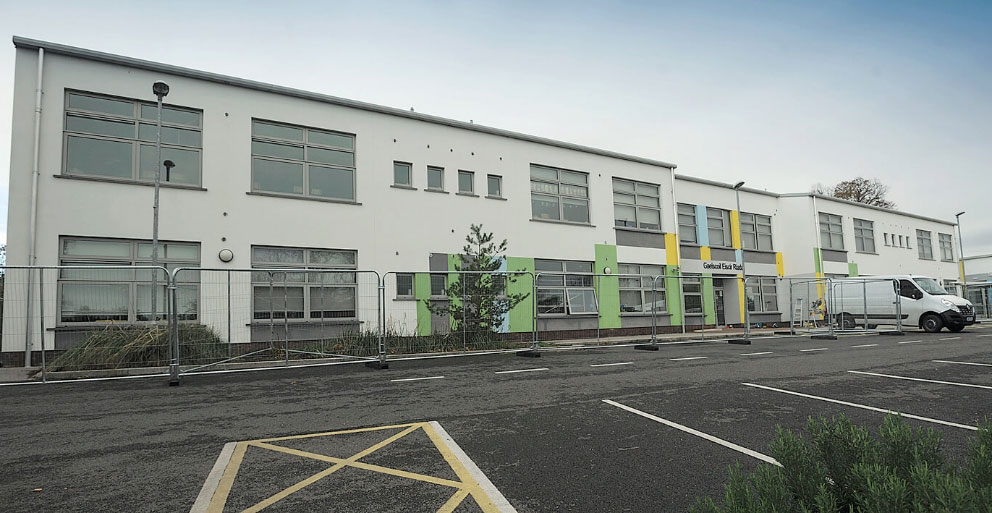 SCOIL Chaitlín Maude NS in Tallaght and Gaelscoil Eiscir Riada in Lucan are due to undergo detailed structural investigations, following on from initial assessments from the structural defects controversy that came to light late last year.

The assessments were carried out in the schools over the weekend to minimise disruption, and to ensure the schools will remain open as normal.

The schools are two of 42 schools nationally which were built by the Northern Irish construction company Western Building Systems (WBS) and which underwent a round of structural safety assessments last year – it was found that 22 of the schools required precautionary measures.

Precautionary measures will remain in place at the affected schools until permanent measures are implemented.

A Department of Education spokesperson said: “The investigations will inform the permanent works required in the schools.

“The delivery of these works will be planned when the extent of the work needed is established. Works will be prioritised for delivery with the aim of maximising use of school holiday periods.

“Precautionary measures will remain in place at the schools until permanent solutions have been implemented.

“School principals are being kept fully informed and are assisting with arrangements for the second phase assessments.

“School authorities are communicating directly with parents on developments.”

NEWER POSTFour years for man found with prescription tablets worth €80,000
OLDER POSTTeacup Yorkie found in Tallaght, 350km away from his home in Kerry