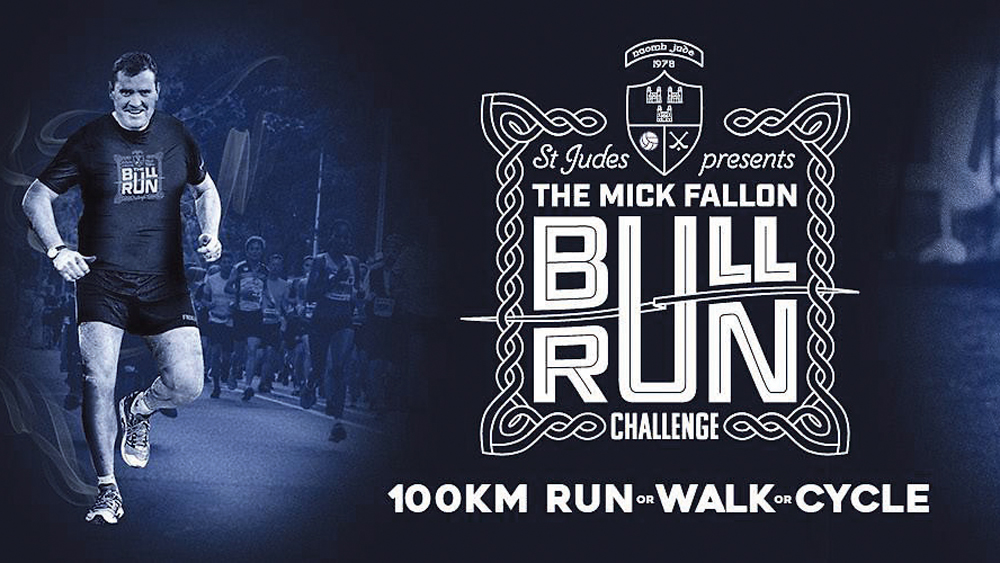 OVER 100 club members from St Jude GAA Club in Templeogue will walk, run and cycle 100km throughout this month to raise funds for the Blackrock Hospice in memory of their friend and teammate Mick ‘The Bull’ Fallon.

Mick, who was affectionately known as The Bull because of his strong build, passed away in January 2021 aged 49 after a long illness. He received palliative care in the Blackrock Hospice.

A familiar face to many at St Jude’s, Mick played gaelic football and hurling and also coached for the club.

This year marks the second time the club has held The Mick Fallon Bull Run in their friend’s honour, with many club members committing to covering 100km over the course of this month and donating to the hospice.

The fundraiser also commemorates the lasting impact Mick has had on the club.

Michael Moran, St Jude’s PRO, told The Echo: “When Mick passed away, it was a very dark day around St Jude’s GAA Club.

“Due to Covid, many people could not attend the funeral Mass in St Jude’s Church, but the roads were thronged with friends who paid their respects with a guard of honour around all of Templeogue.

“Mick was a force of nature. He had been part of this young club from the early days. He loved playing Gaelic games.

“But he was also an important part of coaching and helping to build the club from the ground up. We want the Bull Run to be an annual event to bring people together, while remembering Mick and celebrating his life.

“Mick’s many friends are still coming to terms with his loss, and this is one way we will celebrate the man.

Part of the funds from this year’s Bull Run will be donated to the GAA club’s new team for children with additional needs, called the Jude’s Giants, after Mick’s family agreed to the funds from the event being shared between the Blackrock Hospital and the new team.

The Bull Run is off to a strong start, with many club members having signed up to take on the challenge over the course of the month.

“We expect between 100 to 200 participants will run, walk or cycle their 100km during the month of January,” added Michael.

“We want to encourage families to join in the weekend walks around Tymon Park, as part of our Healthy Club initiative.

“January is the perfect month to start getting out, as the evenings are already starting to show a bit of a stretch.

“But it’s really about people doing whatever they can, whenever they want. The feedback from people so far has been incredibly positive with over 2,500km covered already.”