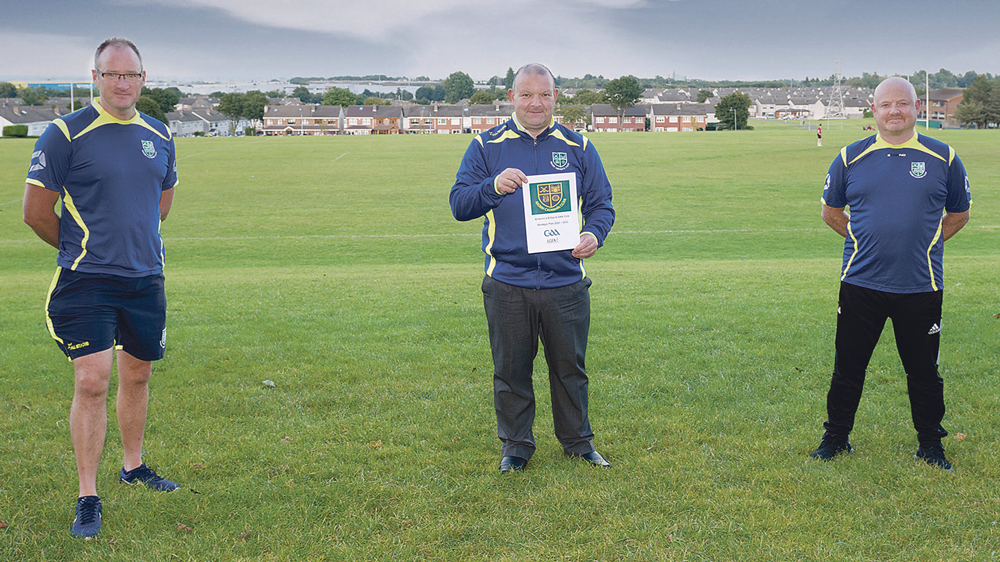 DESPITE success on the pitch last week when their ladies’ team won a Shield final, members of St Kevin’s Killian’s GAA Club were left frustrated as a lack of facilities meant people at the heavily-attended match had to use the  toilets in Dunnes Stores, Kilnamanagh.

As previously reported in The Echo, the club stated that they had been trying to secure facilities from South Dublin County Council for the club – including changing rooms and toilets – for over 30 years, to no avail.

St Kevin’s Killian’s GAA Club, which uses pitches in Kilnamanagh and Ballymount Park but doesn’t have a clubhouse or changing and toilet facilities, has been the fastest growing GAA club in Dublin for the last two years in a row.

However, this growth hasn’t been matched by the development of facilities, which was apparent at Wednesday evening’s match, when players and spectators had to use the  toilets in Dunnes.

Chairman of St Kevin’s Killian’s, Ciarán Long, told The Echo: “It’s frustrating, because we’ve had great success on the pitch, but the lack of facilities is a hindrance.

“At the match last week, we had to direct people to the toilets in Dunnes. It’s far from ideal.”

Five years ago, the club had one senior team, one juvenile team and a small academy. Now, Kevin’s Killian’s has four senior teams, 14 juvenile teams, 150 children in their academy, and 985 members.

In recent days, the club’s executive committee signed off on a ten-year strategic plan, highlighting the substantial growth of the club and their need for facilities, which they plan to present to the council.

“We have a roadmap and a plan,” explained Mr Long, “but initially, in the short-term, we need to get basic facilities.

“I can understand, from the council’s perspective, that a lot of clubs around the county are asking for things from them and there’s a limited pot of resources.

“It’s not going to be an enviable task for them to try to deliver [what’s in the strategic plan], but we’ll keep at it and hopefully we’ll get somewhere.

“We want to work with the relevant authorities to see if this can be achieved for the community.”

When asked by The Echo if they had any plans to provide facilities for St Kevin’s Killian’s GAA Club, a spokesperson for South Dublin County Council outlined their sports pavilion programme.

“This programme is being provided in larger parks that have a large number of pitches and a number of clubs sharing pitches.”