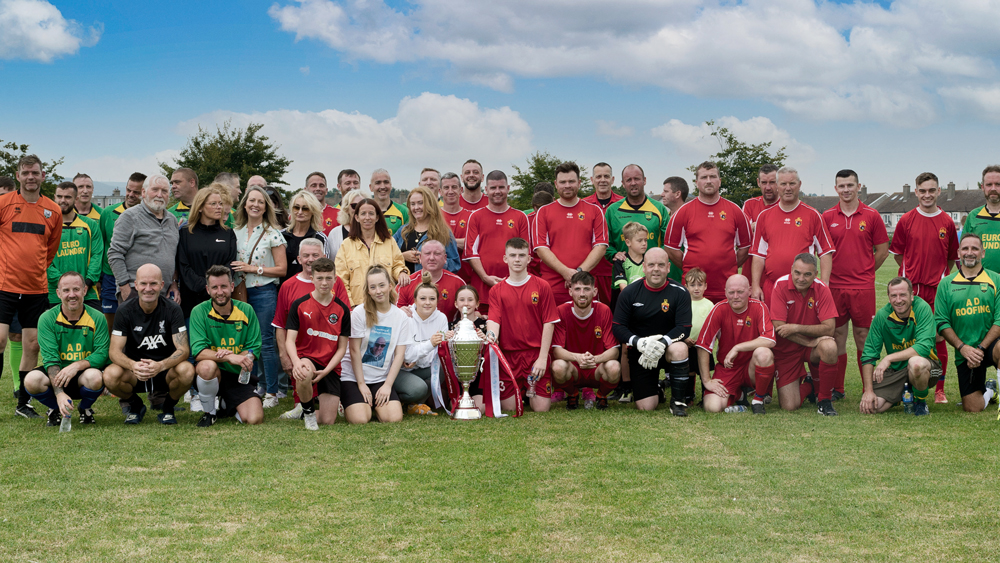 The teams that participated in the charity match

A CHARITY football match organised by Greenhills Boys AFC took place in memory of one of their former players and coaches Graham Connolly, who died in January.

The game took place on Saturday, September 4, and paid tribute to Graham, who is remembered as a fantastic coach and true gentleman by his family and friends, and all those in the community who knew him.

Graham died on January 26 this year, and due to tight Covid-19 restrictions at the time it was not possible to have a celebration of his life with a large group of people.

Remembering his brother, Stuart Connolly told The Echo: “Graham as an individual – he was unbelievable. An unbelievable friend, brother and dad. Anyone who was in his company, even for a short bit of time, fell in love with him.”

“It was a celebration as well, because at the time in January cases were so high we couldn’t do much, so we wanted to do something for Graham,” said Stuart.

“Graham used to play at the Astro on a Friday night with our team AC Brook, so it was fitting then that our manager, myself and a man named Ray Hogan organise a memorial game of AC Brook (Dublin Bus) against Greenhills.”

Making the match even more special, Graham’s son Sean played in the game as well as Stuart’s two sons, with Stuart scoring a free kick in the first half of the game. He says is still jokingly boasting about it in the club’s WhatsApp groups. 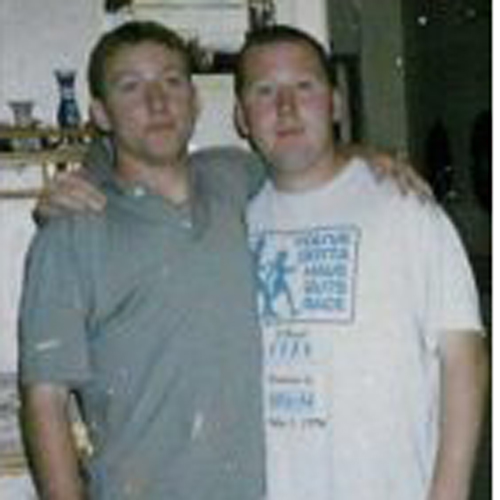 The late Graham Connolly with his brother Stuart

“The match was brilliant – it was a great success and people from the community and outside of the community came to show their support. There was a select team for Greenhills Boys that Graham would have played with and coached, so it was great.”

“It was great to have Graham’s son and my sons on the pitch together – it was special, and you could see his wife Karen and daughters bursting with joy,” said Stuart.

Chairman of Greenhills Boys AFC, Robbie Macken said it was important to celebrate Graham’s life and keep his memory alive.

“Graham was one of our former coaches in the club and he was just a great guy, and everyone thought so highly of him. Like most people he moved on to buy a house and moved out of the estate, but we always kept in touch.

“It was a celebration of his life –and everything went really well on the day.”