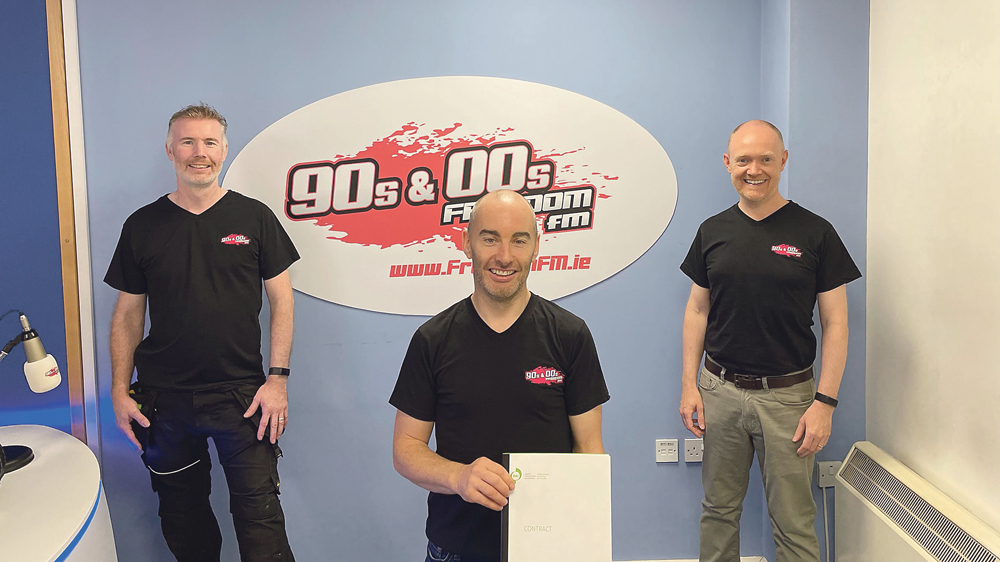 FROM lockdown project to licensed radio, Freedom FM has made a return to Dublin’s FM band – after being granted a temporary broadcast license, reports Mary Dennehy.

More than 25 years ago, Feedom FM was launched in a shed in Templeogue, operating as a pirate station from 1995 to 2003 – when the vast majority of unlicensed stations were taken off air.

The station was manned by more than 20 DJs and presenters, who played the best of nighties and early noughties.

During lockdown, some of Freedom’s former presenters reunited to create an online station, which launched in August 2020.

However, after being granted a temporary, 30-day license by the Broadcasting Authority of Ireland (BAI) this month, Freedom is back on the FM band – some 18 years since its last radio broadcast.

According to DJ Sean Power: “Like many people last year during the extended lockdowns I found I had more time on my hands than I wanted. 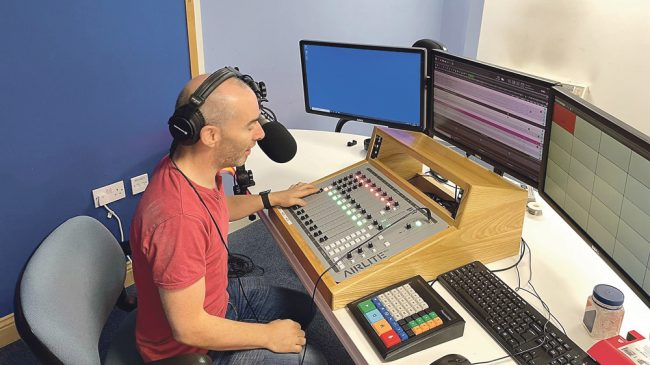 “I suggested to Paul Kavanagh and Ralph McGarry, who co-founded the original station with me in 1995, that we bring Freedom FM back as an online station.

“We launched in August 2020 with over 20 of the original DJs playing music from the 90s and noughties.

“The relaunch was all about reliving your youth for people who grew up during those two decades.”

He added: “Many of the DJs began broadcasting on the pirate station in their teens.

“Now in their late thirties, and early forties, and scattered across the globe, it was like getting the band back together.

Through the use of technology, DJs broadcast from studios in their own homes, and from across the world – with shows being broadcast from Vancouver, New York and Sydney to Dublin, Meath, Kildare and Galway.

Due to the success of the online station during lockdown, the team behind Freedom considered returning to the FM band, this time with a license.

In May, Freedom applied to the BAI for a license, which was granted for 30 days (September 18 to October 17) for Dublin, Cork, Limerick and Galway.

Freedom will be reliving the nineties and noughties with a mixture of pop, R n’ B, dance and rock on 105.2FM in Dublin, and different frequencies in the other areas.

The station will also be broadcasting out of a new custom-built studio in Dublin 12.

Tune in to Freedom 105.2FM and follow the station on social media.