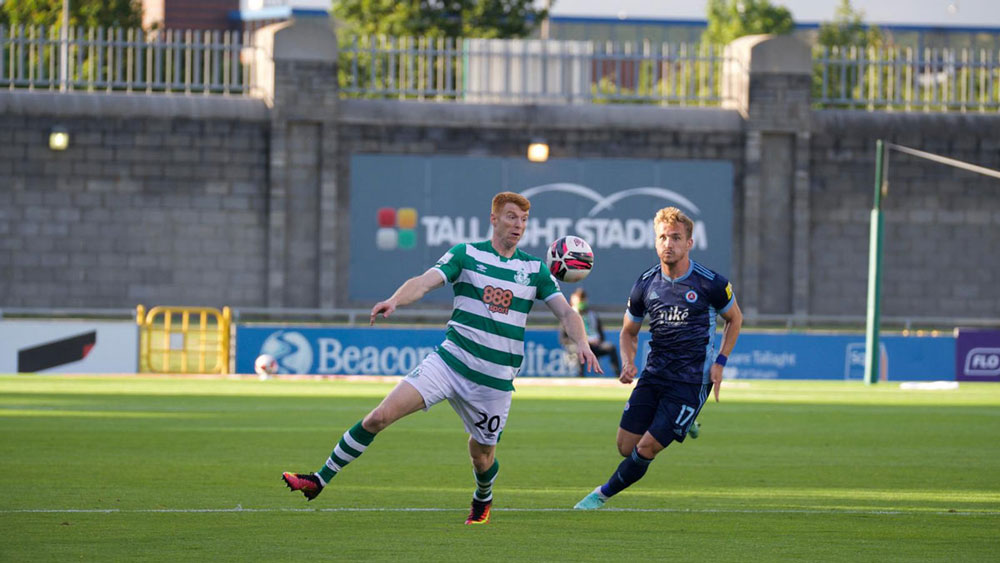 Gaffney and Watts goals guide Rovers into the next round

Rory Gaffney and Dylan Watts struck opening period goals to give Shamrock Rovers a 2-0 win over Galway United in the first round of the FAI Cup at Tallaght Stadium last night.

Following an extra-time defeat to Dundalk in last year’s final, 25-time champions Rovers will be seeking to go a step further in 2021.

A native of Tuam in Co. Galway, Gaffney was eager to impress against the Tribesmen and duly obliged for the hosts with his ninth goal of the calendar year.

Watts also rattled the net to ensure Rovers were in pole position, but their First Division counterparts did make a fight of it before the hosts eventually progressed to Tuesday’s second round draw.

The Hoops almost came unstuck in the early exchanges when Alan Mannus was forced into a close-range save from a Maurice Nugent header, but the deadlock was ultimately broken at the opposite end on 17 minutes.

Richie Towell (an FAI Cup winner with Dundalk in 2015) delivered a delicious cross from the right-flank and Gaffney was on hand to divert his opportunity beyond the reach of Galway custodian Conor Kearns.

Templeogue man Kearns has been enjoying a new lease of life in the west following his off-season departure from St Patrick’s Athletic, but he was picking the ball out of his net for a second time in the 21st-minute.

Gaffney initiated this move by releasing Seán Gannon on the right and the raiding full-back then turned provider for Watts’ neat finish.

2-0 was how it remained at the interval and Rovers were expected to push further in front on the resumption.

Yet, Galway started to grow in confidence and the foot of the post came to the Hoops’ rescue when Ruairí Keating unleashed a powerful drive on goal.

Mannus also turned away a Pádraic Cunningham effort as the visitors looked to turn the screw. However, with Aaron Greene being thrust into action against his former club inside the final-quarter of the contest, it was Rovers who advanced to the last-16.