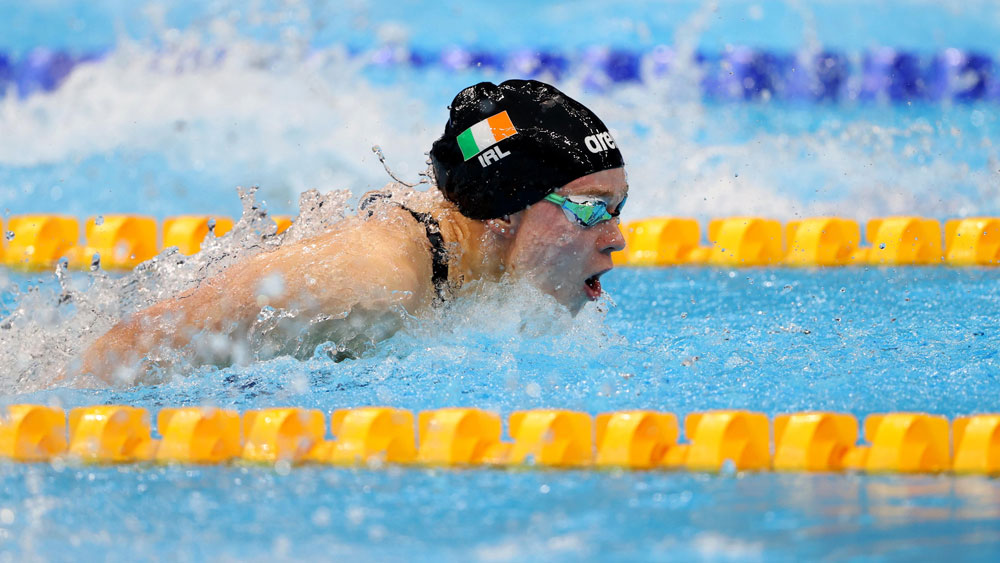 While it may not have been enough to see her progress through to the semi finals of the 100m Butterfly in Tokyo, the 19-year-old athlete served up an exceptionally composed performance that saw her win her heat in a time of 59.35 that was just outside her lifetime best of 59.32.

Swimming in Lane Five, Walshe made a solid start, but was drifting to the back of the field by the midway turn, yet tremendous underwater technique saw her right back in it the thick of it and she brought it home superbly to win her heat and emerge 24th overall with the top 16 progressing.

“That was her second fastest swim in the 100m Fly and to do that in such an environment, she showed a great level of maturity and skill to hold on to her technique under that pressure” Sweeney told The Echo.

“And I got word that she’s delighted with that. She’s buzzing.  She produced a great swim, great maturity and confidence and, in the context of this being her first Olympics, it’s fantastic.

“She’s not the biggest girl in the world, but she’ll continue to get stronger” he insisted.

Walshe’s hugely impressive start to her Olympic adventure will leave her on a sound footing ahead of the heats to the event in which she actually qualified for Tokyo, the 200 Individual Medley which take place on Monday morning.

“Her next event will see her in the fastest heat in an outside lane with the Olympic champion [Katinka Hosszú] in the middle, so it will be a very different experience, a very different race to that one today.

“She’s gone 1.6 seconds inside the Irish record for the 200m IM that had been previously held by Grainne Murphy so she’s taken a huge step forward in that.

“If she can produce even a marginal improvement on that, it will be an incredible achievement” he said.