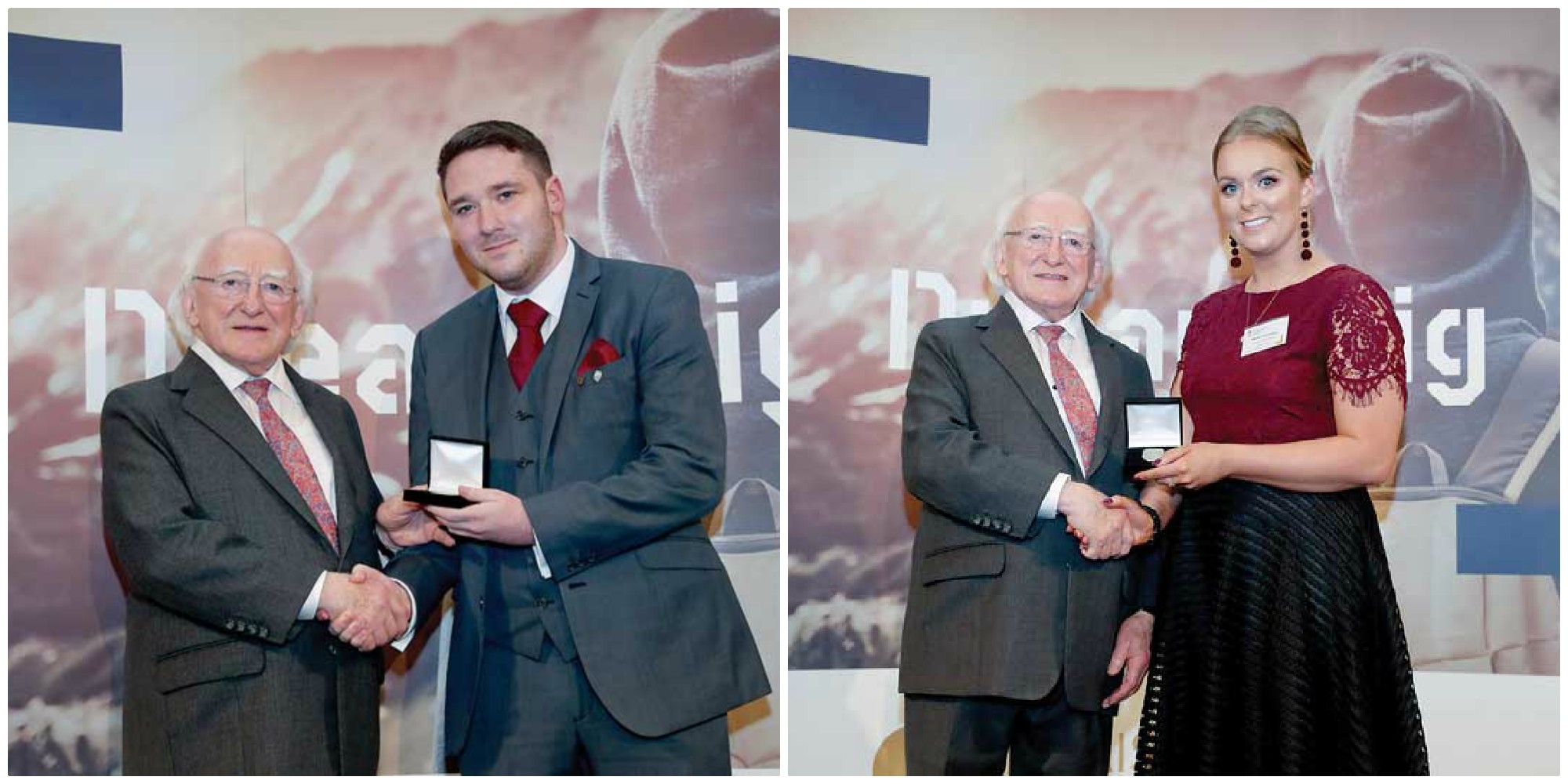 Karen Johnston from Clondalkin and Ballyfermot’s Aaron Murphy were among 55 young people from across Ireland who received their Gold Award on the day.

Between them they dedicated more than 12,000 hours to receiving their awards. Since its inception in 1985 an estimated 150,000 young Irish people have completed a Gaisce Award, including former Rose of Tralee Maria Walsh and Irish rugby international and Connaught player Robbie Henshaw.

The President’s Award is a direct challenge from President Michael D. Higgins to young people aged 15-25 to dream big and realise their potential, push their boundaries and develop skills which will stand to them throughout their lives.

This year’s Gold Awardees have successfully completed five challenge areas for 52 weeks or more – volunteering with a charity or community group, developing an existing skill or learned something new, becoming more active through sport or exercise, taking part in a four-day adventure journey and discovering the great outdoors as part of a team, and broadening their horizons on a five-day residential stay away from home.

Karen was first introduced to Gaisce when her piano teacher received her Gold Award and that day Karen told her “I’ll have my Gold Award one day”. She learned to crochet for her Personal Skill and went to the gym for her Physical Recreation.

For her Community Involvement Karen got involved with the Irish Wheelchair Association and Crosscare Senior Art Crew. For her Adventure Journey she walked the Wicklow Way and her Residential Journey was to Lourdes.

Aaron Murphy from Ballyfermot is in his final year of college at the National College of Ireland, studying Psychology.

His Community Involvement was as a volunteer with the Richard Pampuri Social Club, a social club for young adults with intellectual disabilities.

For his Personal Skill he was an assistant youth engagement coordinator with Jigsaw, a mental health charity for young people.

His Residential Project was with the Gluais Leadership Training Programme and he undertook his Adventure Journey while volunteering in Sri Lanka.