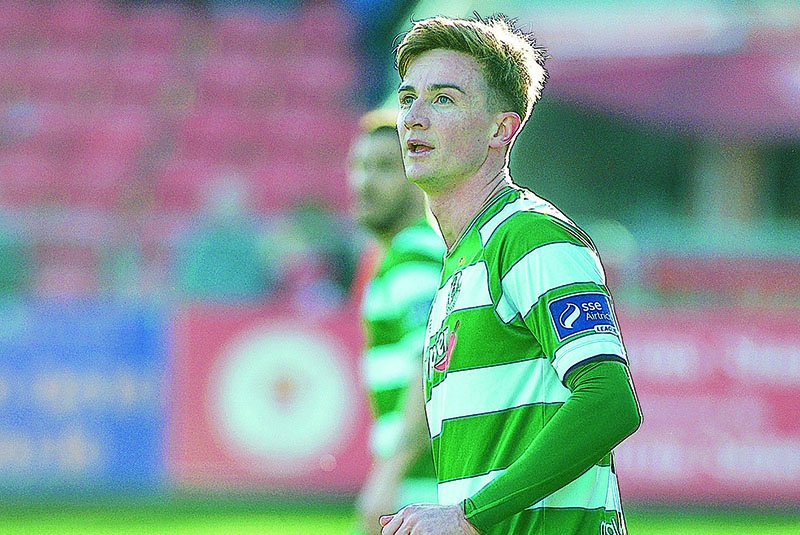 Stephen Bradley’s outfit have enjoyed a strong start to the second phase of their SSE Airtricity League campaign, with impressive wins over defending champions Dundalk and arch-rivals Bohemians.

And bagging a further six points on offer against Derry City tomorrow night and Galway United on Monday will propel them back in among the top four.

Delighted with his side’s form of late, Finn told The Echo: “Just before we played Dundalk [earlier this month] we knew that winning that game and the one against Bohs would give us the platform to really kick on.

“We’ve gone and done that and now we really need to go on a run.

“We’ve learned a lot after the first series of games, how to manage games and what we have to do when we go a goal up.

“There are times when we’ve played well and lost and then times, like against Bohs, when we haven’t played great and won.

“For the fans, it’s very hard for them to see us not get the points even when we’ve performed well. There’s only so many of those games that you can have.

“Against Limerick at home we scored first but we didn’t really push on and we ended up drawing the match.

“But I think now we’re a lot more compact and solid. We’re very difficult to break down and beat, so we’ll be going up to Derry confident that we can get the win.

“Their form of late has been very indifferent and we’ve got to capitalise on that.

“They beat us at home earlier in season. It was a game we should have won and now we’ve got to claw back those points that they took from us” he stressed.

One win from their last nine games has seen the Candystripes fall well adrift of the pace set by unbeaten leaders Cork City, and a loss to the Hoops tomorrow night will see them drop out of the top four.

Rovers’ Monday night guests at Tallaght Stadium, Galway United have, meanwhile, been improving with last month’s shock victory over Dundalk followed up with draws against Drogheda United, Derry and most notably Cork – the first points the Leesiders have dropped all season.

Finn is too experienced a campaigner in the League of Ireland not to know how easily upsets can occur and insists they will be taking nothing for granted.

“There are no ‘gimmes’ in this league and we’ve got to treat every team with respect,” he stressed. “But our form is good and we’re confident we can get those three points [this Friday] and go ahead of Derry.”