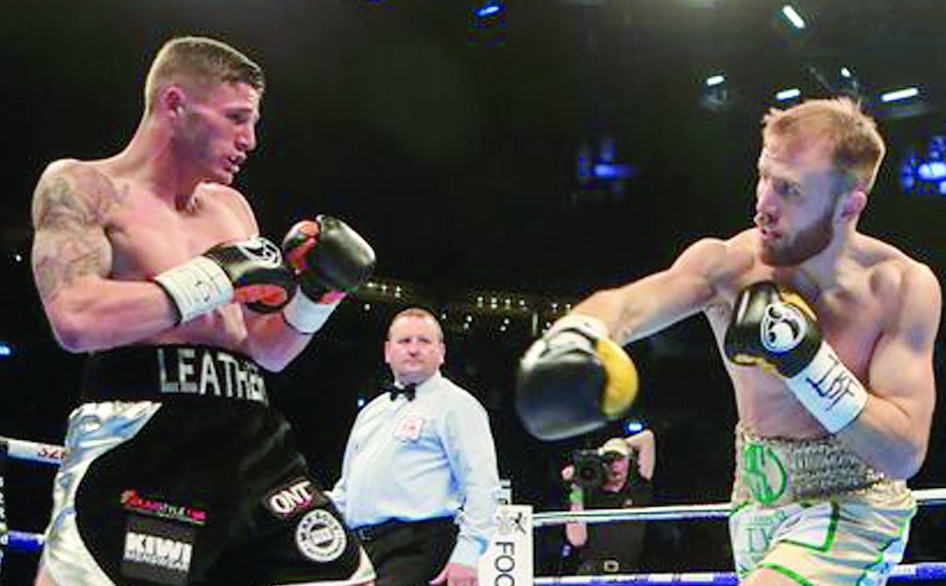 ‘I was shocked when the referee stepped in’

PHILIP Sutcliffe Jnr believes he was denied a proper crack at the vacant IBF Inter-Continental Super Lightweight belt after his scheduled 12-round title clash with Josh Leather in Leeds on Saturday night was controversially stopped midway through by referee Howard Foster.

Both parties had landed punches when Foster stepped in to bring a halt to proceedings, much to the disbelief of the Crumlin man and his corner.

“Towards the end of the third round I got caught and was sent back a bit, but I regrouped and even won the fourth round,” an incredulous Sutcliffe told The Echo.

“This fight didn’t even get the chance to develop into a fight. I don’t think either one of us caught our second wind and I was shocked when the referee stepped in.

“The fight was only getting warmed up. He caught me with a couple and then I caught him with one and then the referee stepped in. I just couldn’t believe it.

“If this fight had gone the distance and I was well beaten I would be the first to hold my hands up and say it, but this fight didn’t even really get going. It’s just very disappointing,” he said.

Sutcliffe made a blistering start to the fight, landing a couple of straight rights while Leather attempted to respond by way of his reach advantage.

Indeed he began to use his jab more effectively and caught Sutcliffe with a precise combination that had him on the back foot for the closing 30 seconds of the third round.

The Crumlin man regained his composure at the break and produced more effective footwork as he attempted to pin back Leather in the fourth, catching him with a couple of heavy rights.

The contest appeared to be shaping up for a classic as the opposing styles of the two boxers had the crowd on its feet.

While Leather was connecting whenever Sutcliffe’s footwork slowed, the Dubliner proved well capable of getting in on the inside and troubling the Englishman.

Disappointed at the manner in which he has shipped only the second loss of his professional boxing career, Sutcliffe and his team have yet to settle on a plan.

“I don’t know what will happen now. Our programme was really based on me winning this fight and moving up in the rankings. We’ll just have to wait and see what happens” he said.