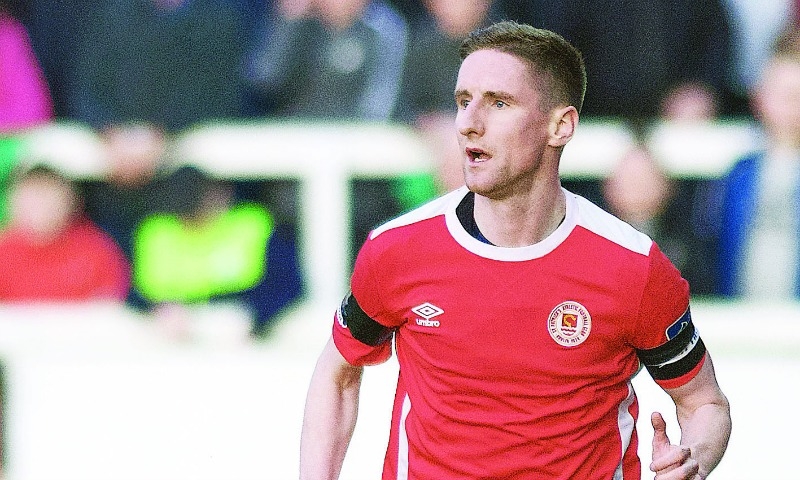 ‘That was a must-win game for us’ – Bermingham

While they had lost just one of their previous four games ahead of the visit of Pete Mahon’s side, draws against Galway, Derry City and the high-flying Bray meant they were sitting at the foot of the table.

Still the three points bagged on Friday against the Drogs has rocketed them up four places to eighth in Premier Division.

Bermingham himself opened the scoring for Liam Buckley’s outfit after just seven minutes before Tallaght man Kurtis Byrne doubled their advantage just after the half-time recess.

“That was a must-win match for us” insisted Bermingham. “We were bottom of the table going into it and if we had lost that you would be thinking we’re in a right mess now.

“But we’re up to eighth place now and only seven points off the top four so hopefully it will be the start of a good run for us and we can make a real surge for those European spots.

“In the two previous games against Derry and Bray we could have been two or three down early on so we knew we needed to play a lot better, not just for half an hour or the first half, but for the full 90.

“We got the early goal, but knew we needed that second and once we got that the tempo of the game slowed down.

“We know we can create chances. We’ve got Christy [Fagan] back and while he didn’t score on Friday, he is getting those chances.

“Hopefully he can get his fair share and get a couple of goals next week.

“We’ve got a couple of very winnable games coming up against Sligo and Finn Harps so hopefully we can get the points from them. We drew with Sligo earlier in the season but really should have won that match.

“With the likes of Shamrock Rovers playing Derry it gives us that opportunity to make up ground on some of the teams above,” he said..

Sligo will be coming into Friday’s match off the back off their 4-0 drubbing at the hands of Dundalk, while Finn Harps’ 3-0 loss to Bray has left them rooted to the foot of the table and desperate for points when they welcome the Saints to Ballybofey on Monday.