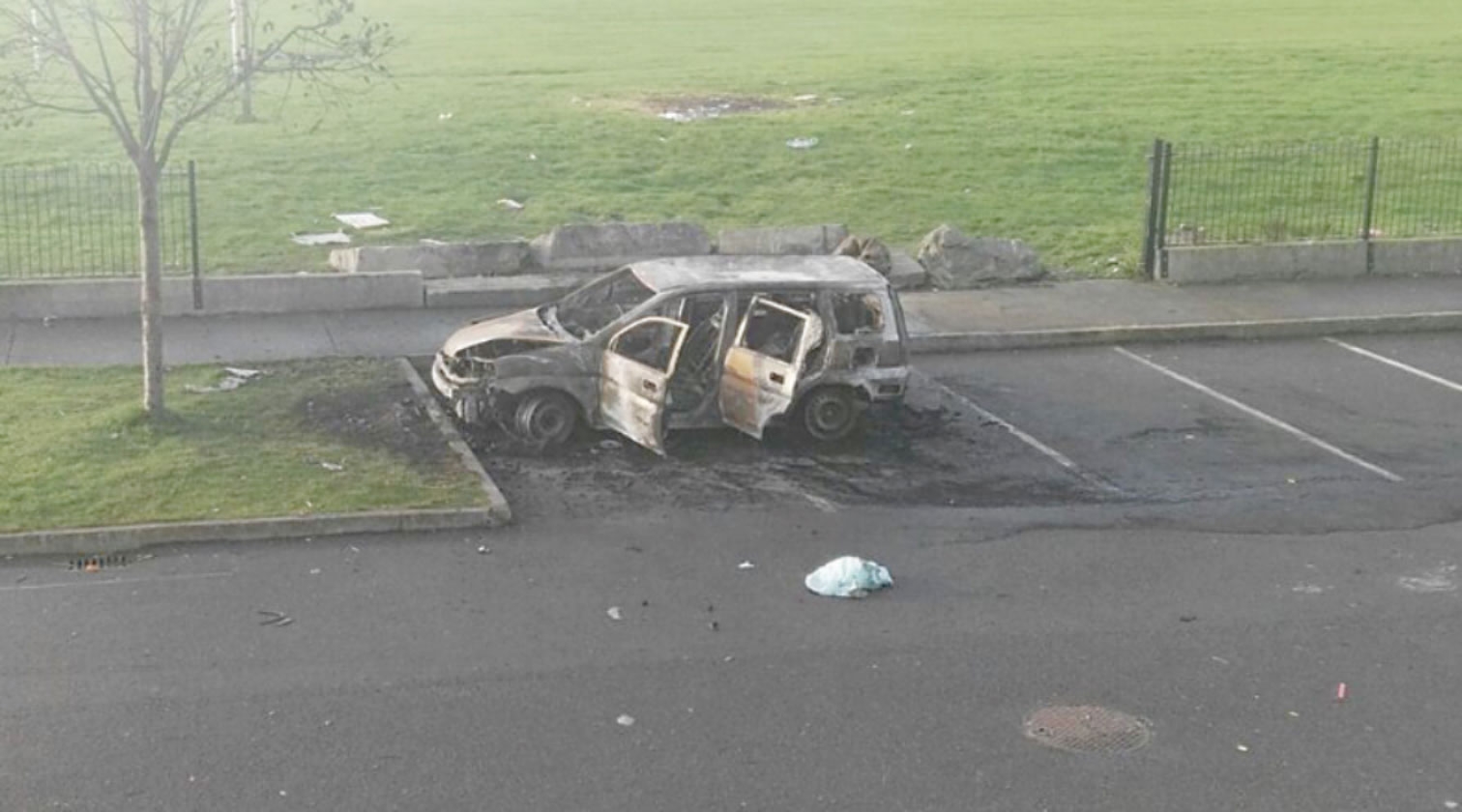 Gang of up to 40 youths causing mayhem on estate

AN EMERGENCY meeting is being held this week by the Fettercairn community after escalating levels of anti-social behaviour has resulted in gangs of youths “running the estate”.

The Echo has been told that gangs of up to 40 young people, aged between nine and 18 years, have taken over the estate, particularly Drumcairn Parade, Drumcairn Avenue and Kilcarrig Close.

Most recently, gangs were active on Drumcairn Parade from late last Tuesday night to around 4.30am on Wednesday morning, with a mini-van burnt out in a garden.

Railings around the area’s greenspaces, which The Echo understands cost the council in the region of €50k to install, have also been destroyed – with roads surfaces also creating a hazard due to the damage caused by the burning of cars.

As anti-social behaviour and intimidation peaks, the community is seeking an emergency meeting in an attempt to curtail behaviour and make the area safe for Christmas.

Mary Keegan, Estate Manager in Fettercairn, told The Echo: “I have worked in this area for 30 years and this is the worst I’ve ever seen the anti-social behaviour.

“When there were problems in the early nineties we could talk with parents and kids and we ended up building the community up.

Fettercairn is a very resilient community and through working together over the years, the area has, for example, some great schools, progressive clubs, a top-class community centre and an award-winning horse project.

However, according to Ms Keegan, no attempts to engage with the young people participating in anti-social behaviour has been successful.

“It’s completely out of control, there’s a huge level of anti-social behaviour, with young people intimidating residents and bringing stolen cars into the area and driving them around before burning them,” she said.

“On Saturday, a 13-year-old spent the day joyriding up and down Drumcairn Parade. Later that night two cars were burnt out and from Tuesday night to around 4.30am on Wednesday morning things were going on, with a mini-bus also burnt out in someone’s garden.

“The younger kids are just following on and the cycle is repeating itself all the time.”

She added: “This is very disturbing for those living in the area, especially older residents who are terrified in their homes.

“These young people are running the estate.”

The Estate Management team is now calling for an emergency meeting with South Dublin County Council, Tallaght gardai, local councillors and community representatives for next week.

“Residents can’t go on much longer, people are exhausted and drained from all of this and we need to get together to find out what can be done,” Ms Keegan said.

“Like where are all the youth providers in all of this? Can the council look at its tenancy agreements? Is there more the gardai can do?

“The estate needs help and we need it now, we need to make the area safe for Christmas.”

Tallaght Inspector Ray Blake told The Echo: “We are responding to reported incidents in the community and are monitoring anti-social behaviour.

“We are not yet aware of a meeting, but will attend if asked.”