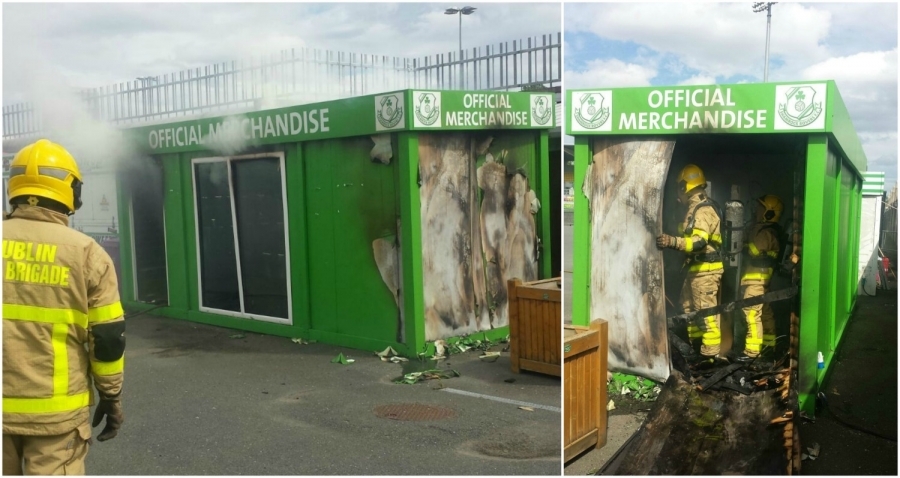 An investigation is continuing into two fires at Tallaght Stadium on Sunday, which seriously damaged two separate units.

One fire involved a retail unit and the other was a storage unit for junior soccer fans’ equipment.

Both fires were extinguished quickly and there was no fire spread to other areas.

Speaking about the fires, Dublin Fire Brigade said: “Thanks to the passing motorist who alerted us to the first fire. Never assume someone else had called 999/112. If you see an emergency, call us.

Speaking with Echo.ie today, a Garda source said that gardai at Tallaght are currently investigating both blazes.

The source said: “We are investigating the fires and are currently awaiting forensics.

“We cannot confirm at this stage if the fires were malicious or accidental.”

NEWER POSTIT Tallaght video highlights how alcohol impacts on the lives of students
OLDER POSTChildcare Supports could reach €7,500 per year for some children from September