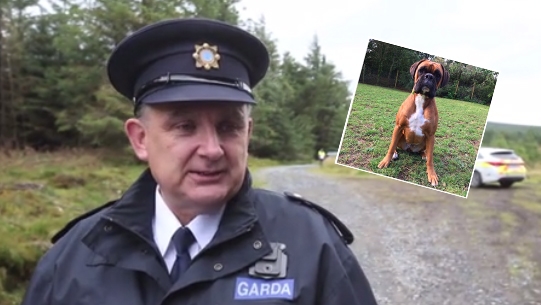 Gardaí at Tallaght investigating the murder of a man in his 60’s have arrested a 41-year-old man this evening in connection with the investigation. The man is being held at Tallaght Garda station.

Yesterday morning a man’s body was discovered in a wooded area in Ballinascorney by a search and rescue crew.

The man went missing while out walking his dogs and was reported missing by his family.

His body was taken to Tallaght Hospital, and he appears to have sustained injuries to the head.

Superintendent Peter Duff from Tallaght Garda Station said he is seeking the public’s help to trace the man’s steps and has urged anyone with information to come forward.

“We have established that this man was last seen on Thursday, September 29 when he left his home in the local area to go for a walk,” he stated.

“When he didn’t come home, his family became concerned. They themselves conducted a search for him.

“They [then] sought the assistance of the Gardaí and Gardaí conducted a search.

“However, due to the fact it was night time and very dark, we sought the assistance of Dublin and Wicklow Mountain Rescue services who came here yesterday morning at about 4am.

“At approximately 6am, two members of the mountain rescue service found a male in a laneway.

“The male was deceased. A doctor arrived on the scene and pronounced the man dead. The body was removed to Tallaght Hospital which is the local hospital.

“A postmortem was carried out by the State Pathologist, Linda Mulligan.

“The preliminary findings of that postmortem have indicated the man died as a result of an assault.”

The deceased man was walking his two dogs at the time, and although one of them returned to the family home, one of them, a Boxer breed, is still missing.

A massive social media campaign has been underway since yesterday, with images of the dog being shared thousands of times.

Gardaí in Tallaght are appealing for anyone who was in the general area of Ballinascorney Hill, or Ballinascorney Road Upper between the evening of Thursday September 29th and 4am on Friday September 30th to contact the incident room at Tallaght Garda station on 01 666000 or the Garda confidential line on 1800 666 111.