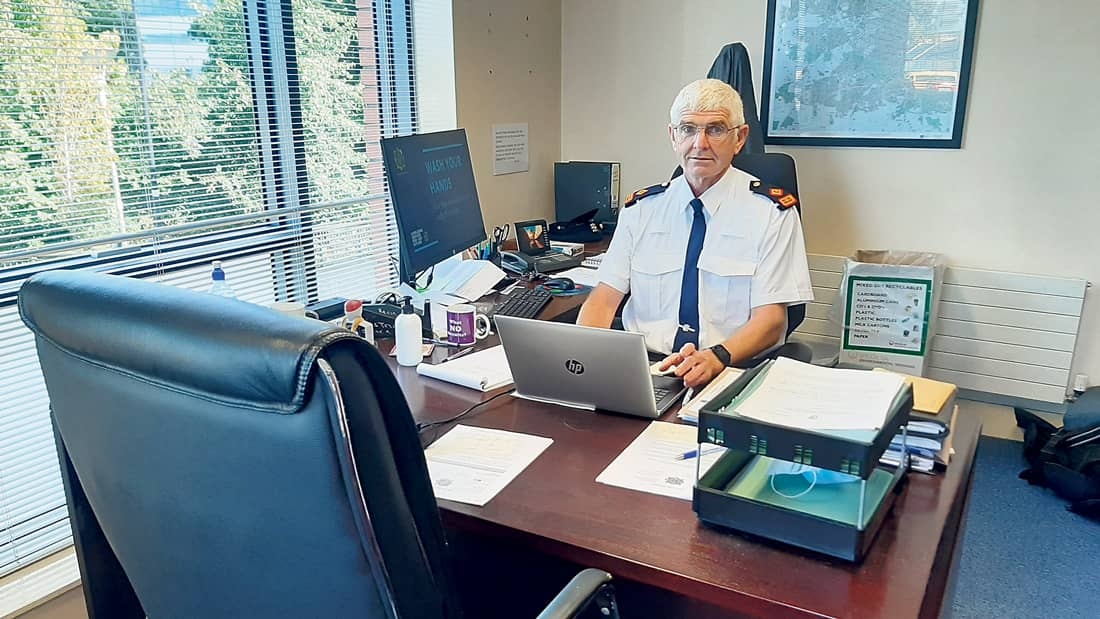 Gardai commence plan in run up to Halloween

ON MONDAY (September 28), gardai searched a property in the Ballyfermot area and seized a significant cache of fireworks, counterfeit clothing and a small quantity of drugs.

Details of the property in question remain confidential as the search forms part of Operation Tombola, a Halloween operation which targets the sale and distribution of fireworks.

Covid-19 has created extra security risks this year, due to the fact that many public events are likely to be severely curtailed, public events which in recent years, have had a positive impact in areas like Ballyfermot and Tallaght.

Firework activity started earlier this year than usual, which could be attributed to youths spending more time in their respective communities since schools were closed in mid-March.

Speaking to The Echo on Tuesday morning, Superintendent, Clondalkin Garda Station, Tony Twomey said: “We are appealing to the public on the whereabouts of fireworks and with respect to bonfire material.

“Part of the concern this year is possibly the limited capacity for organised events. We are urging parents in particular, to be aware of the dangers associated with bonfires and the damage to public property and impact on local communities.”

Operation Tombola has commenced already for a number of weeks at this stage, as gardai attempt to defuse potential trouble in the lead up to Halloween.

Last week, gardai from Ballyfermot seized a large sum of money during a patrol tackling anti-social behaviour and the use of fireworks in California Hills, when they disturbed a gang of youths acting suspiciously.

A few days after the seizure, Ballyfermot teenager Sean Redmond (17) was rushed to hospital after a ‘hot eight’ repeater firework blew off the top of his finger.

Supt Twomey reiterated the appeal for parents to be aware of the dangers of fireworks and bonfires, and confirmed extra resources will be in place on Halloween night.

“We have commenced a policing plan in the lead up to Halloween and are out there actively. For Halloween weekend, leave is cancelled, there will be extra personnel.

“We will be working closely with SDCC/DCC in the collection and minimizing of bonfire material.”

Business and residents with skips outside their premises are also urged to be aware that material taken from their property will likely be used in a nearby fire.

Supt Twomey continued: “We will be calling into businesses, tyre yards, off-licences, petrol stations, reminding them of their obligations. We want people to have fun and have fun responsibly.

It is a festive time of the year and we are quite happy to assist events in accordance with government guidelines with regard to Covid.”