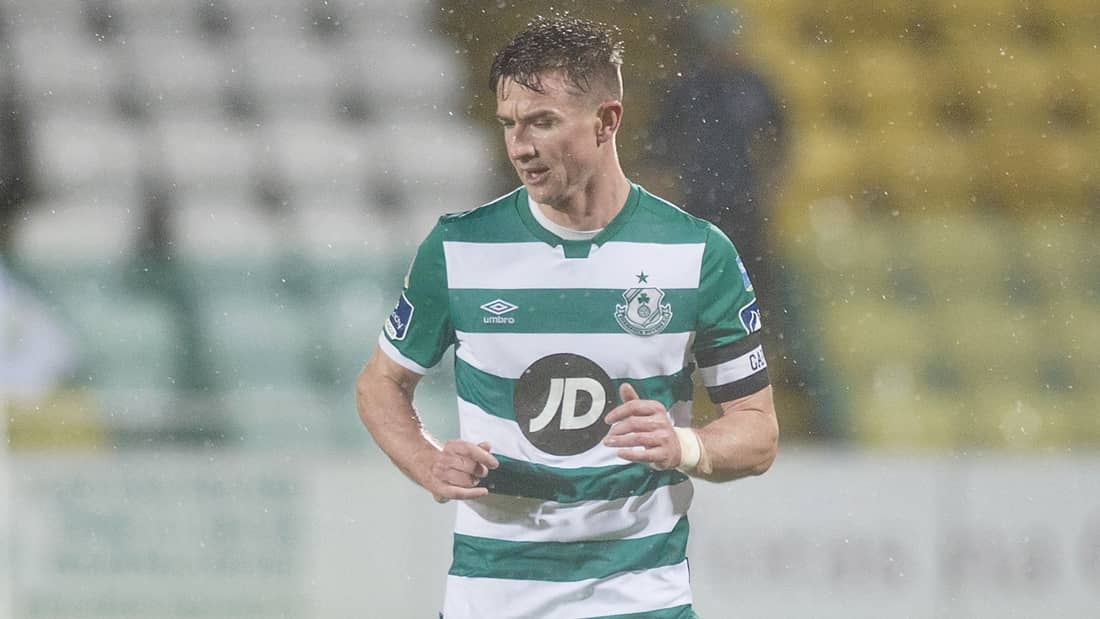 SHAMROCK Rovers took another major step forward towards this season’s Airtricity League title with a 4-0 demolition of defending champions Dundalk in Oriel Park on Sunday.

While many might have pointed to the demands of Europa League competition preventing the Lilywhites from fielding a full-strength team, Hoops skipper Ronan Finn was taking nothing away from his side’s performance.

Ronan Finn is ready for a big Sligo challenge

“We prepared for the game like we always would” he told The Echo. “We didn’t know what team the manager was going to pick.

“And when you look at it, this was an opportunity for the players to impress. They have a big game on Thursday and this was a chance for players to stake their claim for a place so we had to be very careful.

“It might not have been their first 11, but Dundalk have a very strong squad and we just had to concentrate on ourselves and our own preparation.

“The game was very open, a little bit stretched and they did have a half chance themselves, but I always felt that once we got that goal, we’d kick on.

“It’s never an easy place to go, Oriel Park and it’s the biggest result for us there in a number of years. It’s great because it just keeps the momentum and keeps the confidence of the players up.”

The victory saw Stephen Bradley’s men re-establish their eight point advantage at the top of the Premier Division ahead of closest rivals Bohemian FC.

And next up for the Tallaght side will be the visit, on Friday, of a Sligo Rovers outfit, Finn is certainly not taking lightly.

“It’s not going to be an easy game. Sligo are a very dangerous side. They play open and expansive foot-ball and they can hurt you.

“Liam Buckley is a very experience manager, a very good manager and Sligo still have aspirations of qualifying for Europe.

“They will have set their own targets and we’re standing in the way of them achieving those.

“We can’t be going out thinking we’re better than we are, because if we do then suddenly it all starts to get away from you, but the manager won’t let that happen and the players won’t either.

“Look you can’t get away from the fact that we are putting the points on the board, but we’ve five games left and it’s just about taking it game by game.

“Until that title is in your hands we won’t be talking about anything like that. The media might be doing that, but we won’t be.”