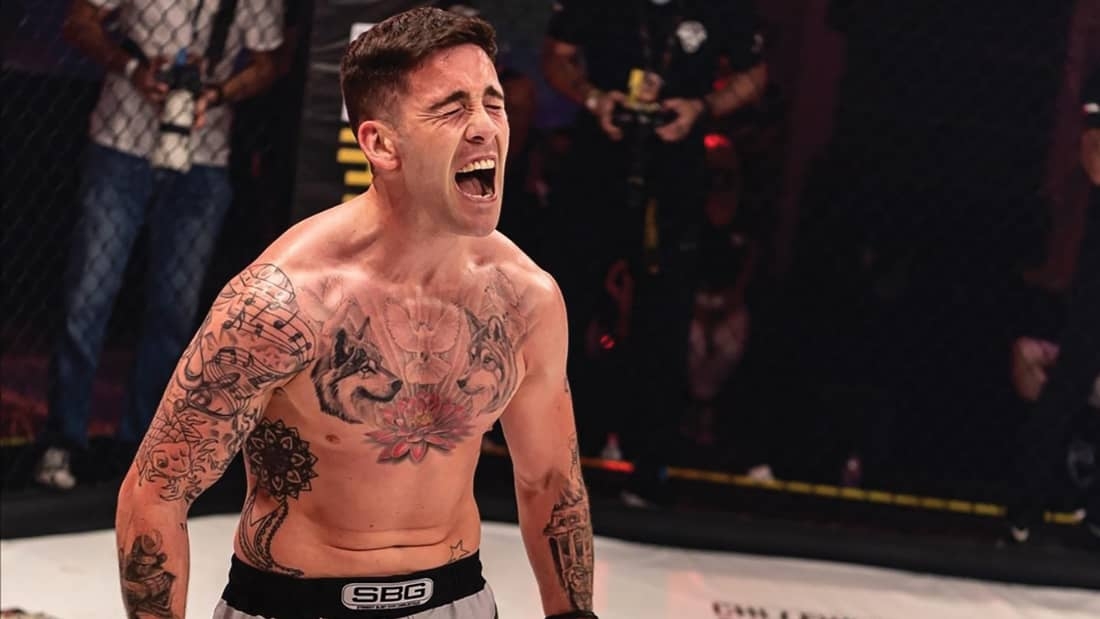 Barry serves up a huge win in Dubai

DEAN Barry carded his biggest win to date in MMA when he served up a first round knockout to the highly-rated Abdulla Al Bousheiri in the UAE Warriors 13 show in Dubai on Friday.

Having weathered an early take-down by his 7 and 1 opponent, the Tallaght man produced a demonstration of quality striking that ended with a left to the chin, sending Al Bousheiri to the floor.

Speaking to The Echo after returning home, Barry said “It was just a great feeling. Coming into that fight he had seven wins and just one loss and he’d had knockouts in his last six fights.

“Loads of fighters were avoiding him, but I took that fight because I wanted to make a statement.

“He’s very strong at Jiu Jitsu and he managed to take me down early in the fight and hit me a few punches, but I stayed calm and got back to my feet.

“I then just battered him with my striking. He tried to take me down three more times and I avoided that and kept kicking the stomach out of him.

“I rocked him bad with a right and then I knocked him out a few seconds after when I stepped into the southpaw position and caught him clean on the chin.

“It was a great win and I got to show off my grappling as well. It was my first fight in a year because I had five fights fall through.

“I moved up a weight to 74kg. I normally fight at 70kg. I found that easy to do, but it was very hard emotionally before the fight. He’s treated like a super star there and I got so sick when I was there.”

The victory was a massive boost for Barry who had to deal with the heartbreak of losing his beloved grandmother to a tragic accident back in March.

And it could well have paved the way for an opportunity to fight for a UFC contract at the Contender Series in Las Vegas in November.

Certainly the victory was a massive breakthrough for Barry who added “I’m a very very proud Tallaght man and that’s who I represent.”