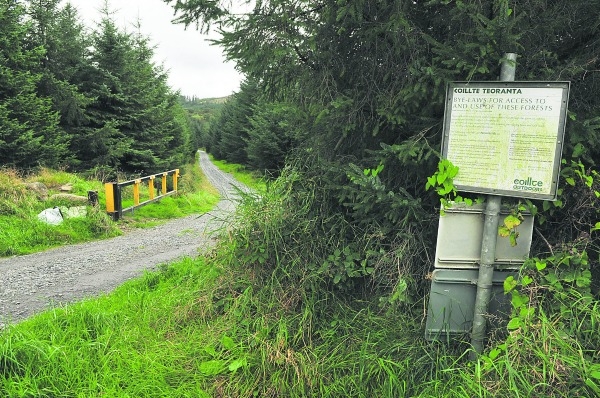 GARDAÍ are currently examining a number of items that they removed from the area where Michael McCoy’s body was discovered in Ballinascorney last Friday, The Echo has learned.

On Thursday morning, September 29, Mr McCoy left his home to go walking with his two dogs on Ballinascorney Hill, but never returned – and was reported missing by his family to the Garda.

The following day, Friday, September 30, the body of the father-of-three was discovered close to a forest track on Ballinascorney Hill, near Ballinascorney Road Upper – with results from a post-mortem suggesting that Mr McCoy died from injuries sustained during an assault.

Mr McCoy (61) had been walking with his two boxer dogs, one of which returned home, but the other, Fia, is still missing – with a number of searches and online appeals being conducted in the past week.

Since the discovery of the passionate conservationist’s body, a man was arrested and questioned at Tallaght Garda Station in relation to the incident but he has since being released pending a file to the Director of Public Prosecutions (DPP).

In recent days, more than 50 officers have been working the case, with members of the force combing the area, checking CCTV, conducting enquiries, carrying out interviews and collating information.

A senior Garda source told The Echo: “A file is currently being prepared for the DPP, but a lot of enquiries still have to be done – at this early stage, there is no time-frame on when the file will be submitted.

“We haven’t found a weapon as such, but a number of items found at the scene are gone for technical examination.”

An active conservationist, Mr McCoy, who has been described as a private man who loved his family and nature, was a leading member of the Dublin Mountain Conservation Group and has in the past been involved in various campaigns and raised a number of objections to developments.

The Garda source said: “We are following a number of lines of inquiry and Mr McCoy’s connection to any planning issues or campaigns would be one of these lines of inquiry.”

Mr McCoy’s body was released to his family on Wednesday, with his remains being laid to rest this Saturday, October 8, following a funeral service in St Maelruain’s Church, Tallaght Village, at 11am.

Gardaí at Tallaght are encouraging anybody with information on the death of Mr McCoy, or those who may have been in the Ballinascorney area between 6.30am on September 29 and 4am on September 30, to come forward.

Anybody who may come across the family’s boxer Fia is also encouraged to contact Tallaght Garda Station or visit the Find Fia Facebook page – with the family offering a reward for her return.