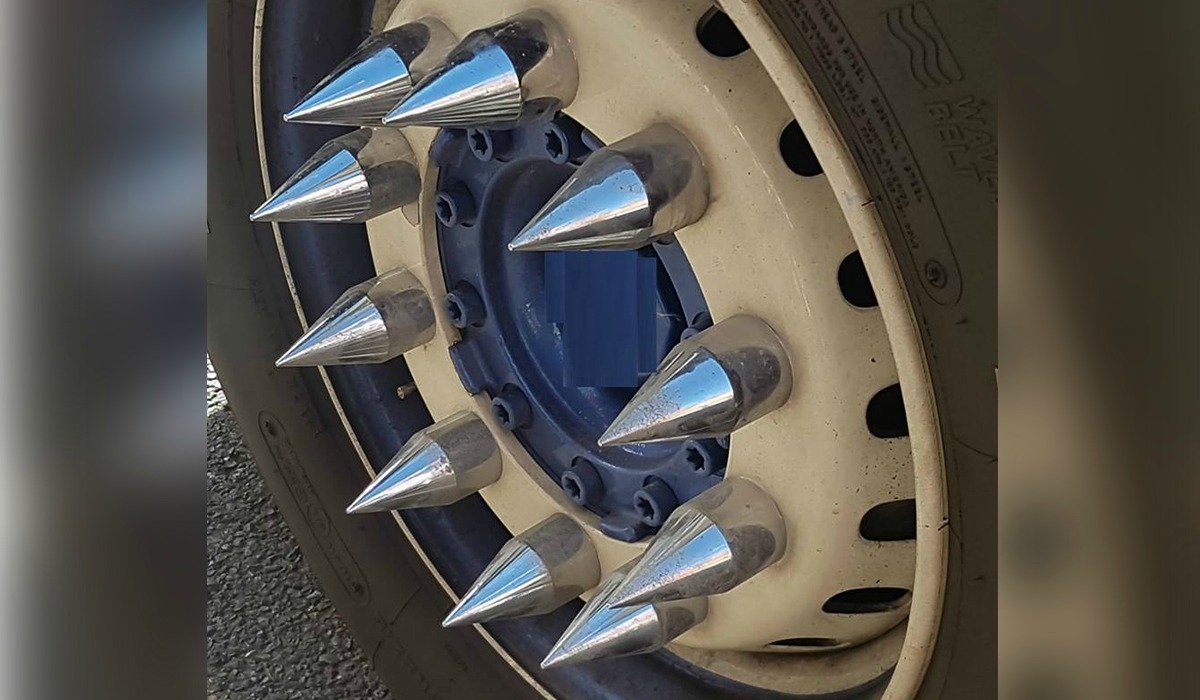 Gardai have issued a warning to truck drivers and hauliers about making ‘highly dangerous and illegal’ modifications to their vehicles after officers stopped a truck in Dublin recently.

In an image shared by Gardai this afternoon, spiked lug nut covers can be seen on the wheel of the vehicle.

According to Gardai, these spikes pose an obvious ‘serious risk’ to cyclists, pedestrians and all other road users.

A Garda spokesperson said: “Gardai are appealing to all road users, in particular haulage companies and truck drivers, that altering any vehicle like this is highly dangerous and illegal.

“Gardai encountered this truck driving in Dublin recently. Whilst the driver thought ‘it looks cool’ this poses a serious risk to cyclists, pedestrians and all other road users.

“The driver of the truck was required to remove theses before continuing. Anyone who encounters a modified truck should report the incident to Gardai.

“The possible offences under consideration are 1: Section 13 ‘Endangerment’ in Non-Fatal Offences Against the Person Act 1997 2: Road Traffic (Construction, Equipment and Use of Vehicles) Regulations, 1963 (A vehicle first registered on or after the 1st day of July, 1964 shall not have any inessential object in a position where it is likely to strike any person involved in a collision with the vehicle, unless injury is not likely to be caused by reason of the projection of the object.)”