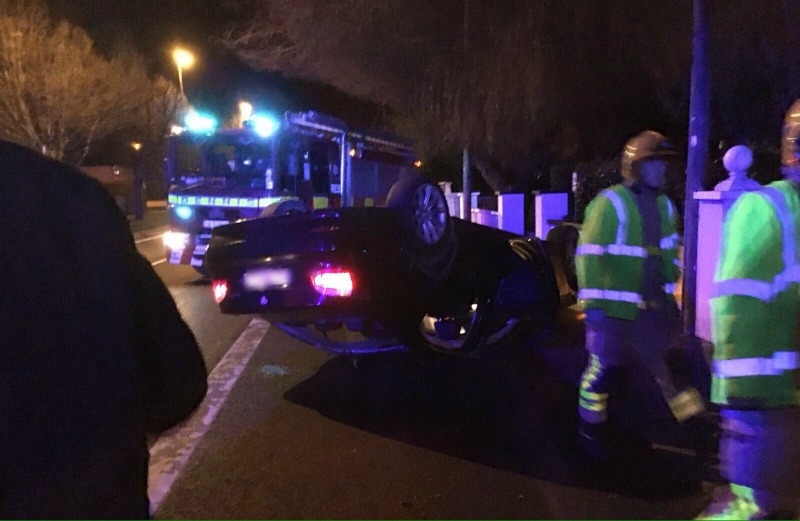 Gardai are investigating a road traffic collision which happened this morning on the Templeogue Road in which three people fled the scene afterwards.

The black BMW was found overturned on the road just after 4am, with no sign of those who had been travelling in it.

Rathfarnam at an RTC on Templeogue Rd early this morning. Car collided with traffic lights and dragged them 200m. Occupants gone on arrival. pic.twitter.com/gpyBVJDP7p

According to Dublin Fire Brigade the car collided with a set of traffic lights, dragging them 200m down the road.

Gardai have asked that anyone who witnessed the crash to come forward immediately.