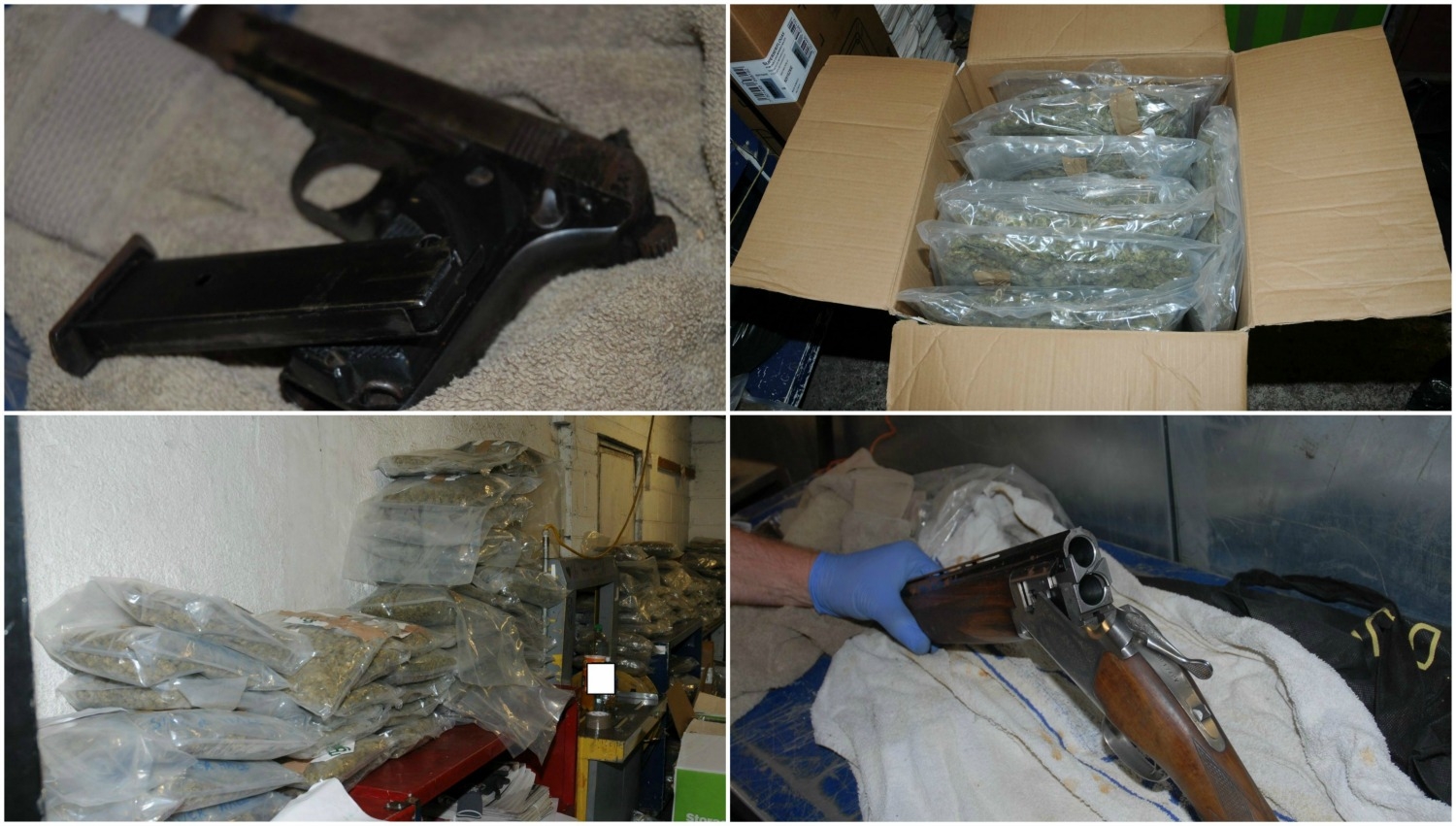 Gardai release images of drugs and guns seized in Ballyfermot

Gardai have released images of drugs and firearms seized in Ballyfermot yesterday.

Three men were arrested after Gardai seized drugs worth €4 million and two firearms in Ballyfermot on Monday.

As part of ongoing investigations targeting serious and organised criminal activity in the Dublin region, an operation was conducted by the Garda National Drugs and Organised Crime Bureau, supported by the Special Crime Task Force.

The search operation took place in the Ballyfermot Parade area of Dublin 10.

During this operation cannabis and heroin with an estimated street value of €4 million was seized, along with drug paraphernalia, a vacuum packing machine, a cash counting machine, stun guns and two firearms (a sawn off shotgun and a semi-automatic pistol).

In a statement released by Gardai, a spokesperson said: “Follow up searches were conducted in the South Inner City and three males aged 46, 44 and 39 were arrested.

“They remain in custody at Clondalkin and Ballyfermot Garda Stations under Section 2 of Criminal Justice (Drug Trafficking) Act 1996.”