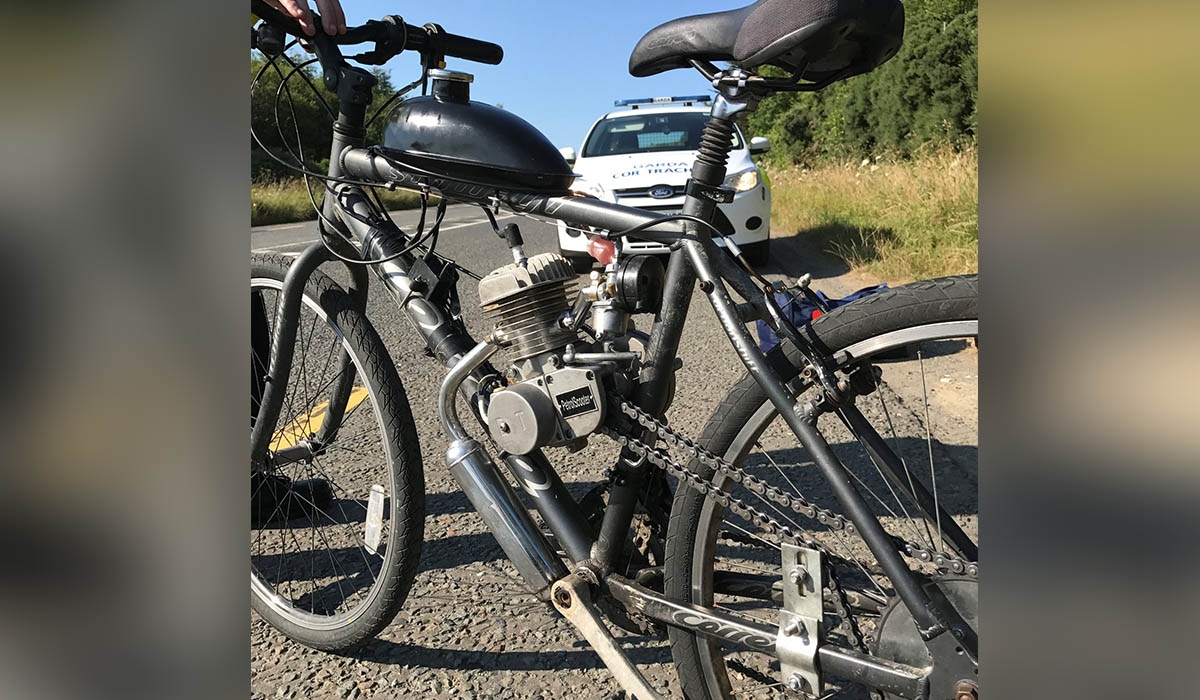 An early morning commute on the M11 was brought to an abrupt halt earlier when Gardai were alerted to a person travelling on a motorised bicycle.

According to Gardai, the ‘DIY enthusiast’ had attached a petrol engine to the bicycle.

Gardai said the cyclist was travelling on the motorway with no insurance, correct licence or helmet.

The bike was seized and a court appearance will follow in the future.

In a statement, a Garda spokesperson said: “DIY enthusiast! With petrol engine on mountain bike @ M11 no Ins/d.licence/helmet Bike seized and court to follow. Stick to Mountain and not m/way.