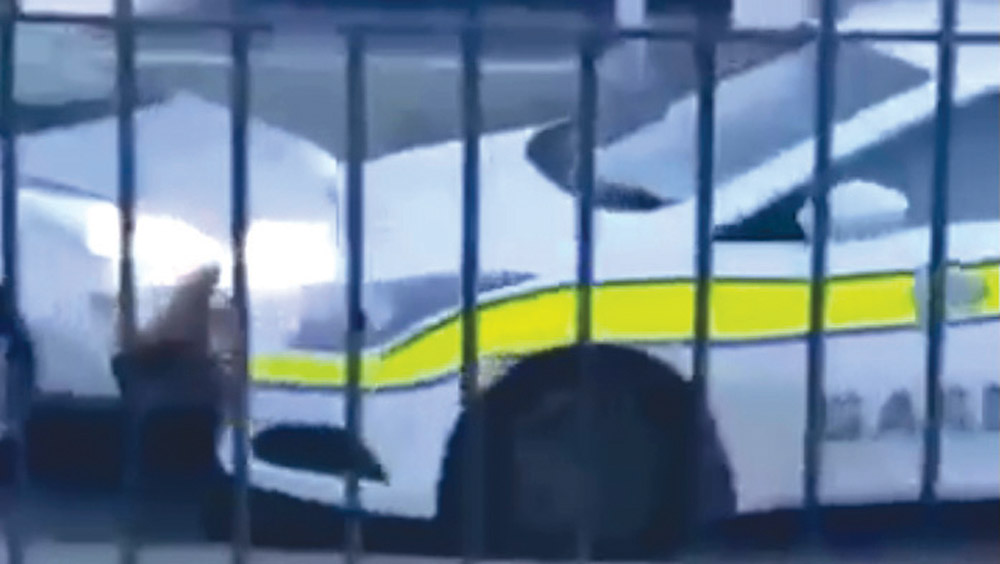 Between the car and a garda car

A JUDGE has granted gardai two months to get directions from the Director of Public Prosecutions in the case of four boys charged after the ramming of a Garda car in Ballyfermot in Dublin, reports Tom Tuite.

Videos of the incident at around 7.30pm on September 19 went viral on social media. The footage showed a collision between the patrol vehicle and another car cheered by on-lookers.

Gardai commenced an investigation and arrested the four boys, two aged 14 and a pair of 15-year-olds.

Last month they were charged with related motoring offences and granted bail with strict terms by Judge Paul Kelly at the Dublin Children’s Court.

They faced their second hearing on Tuesday, accompanied by parents and lawyers.

Judge Paul Kelly noted from Garda Daniel Matthewson and Detective Garda Michael McNulty that directions were not available yet.

Judge Kelly said the alleged incident was very recent and granted an eight-week adjournment but reminded gardai that there was an obligation to proceed promptly.

The teens were remanded on continuing bail, but the judge warned one about obeying the conditions after he breached a curfew imposed on him last month.

Judge Kelly told that boy he risked being held in custody if it happened again.

The boy, like his co-defendants, has not yet indicated a plea and spoke only once to confirm he understood.

The older pair are accused of unlawful use of a stolen car at Cedarbrook Avenue, dangerous driving, in a manner including speed, at Cherry Orchard Avenue, and criminal damage to a garda car at the same location. One is also accused of being a passenger in a second stolen car on the same date.

The younger boys are accused of being passengers in an alleged stolen car at Cedarbrook Avenue. Also, the other boy is charged with unlawfully travelling as a passenger in another car that day at the same location.

They must attend school or bail supervision programmes, obey a curfew, and remain contactable by mobile phone, and two must stay out of the Ballyfermot area.

Until age 18, the law classes the defendants as children with a right to anonymity.

A fifth boy has been referred to the Garda juvenile youth diversion scheme.

That will decide if he will be suitable for their youth crime diversion scheme as an alternative to a court prosecution with the risk of a criminal record and a custodial sentence.