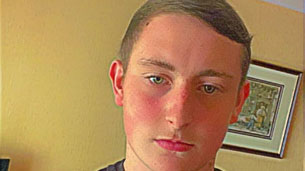 Ciaran Brennan is missing from the Tallaght area since Thursday, August 18 (Photo: An Garda Siochana)

GARDAI are seeking the public’s assistance in tracing the whereabouts of 17-year-old Ciaran Brennan, who is missing from the Tallaght area since Thursday, August 18, 2022.

A statement released by Gardai earlier today describes Ciaran as being 5’11” in height, of a slim build, with brown hair and brown eyes. When last seen, he was wearing a navy tracksuit, Underamour t-shirt and black Nike runners.