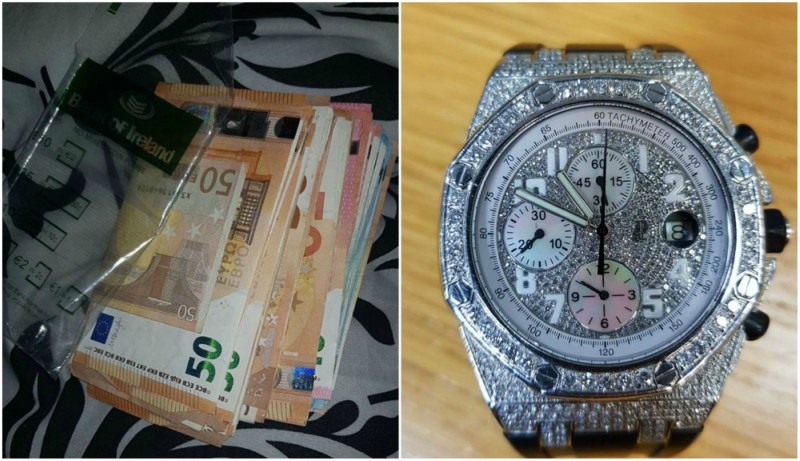 Almost €30,000 cash, cars and luxury watches were seized by gardai on Friday morning in a series of raids targeting organised crime in South Dublin.

Nine searches were carried out in Dublin, with one in Wicklow.

The searches were carried out by the Criminal Assets Bureau, who were assisted by local gardaí, The Emergency Response Unit, Armed Support Unit, Garda Mounted Unit and the Special Crime Task Force.

The spokesperson said that more than  €20,000 has been frozen in financial institutions.

Investigating officers also seized a diamond testing kit, which is used to verify the quantity of gems.

“Documents and mobile phones have been seized and will be examined,” the spokesperson said.

According to gardai, a small quantity of drugs suspected to be cocaine and cannabis resin (both subject to analysis) were also recovered.

No arrests have been made.