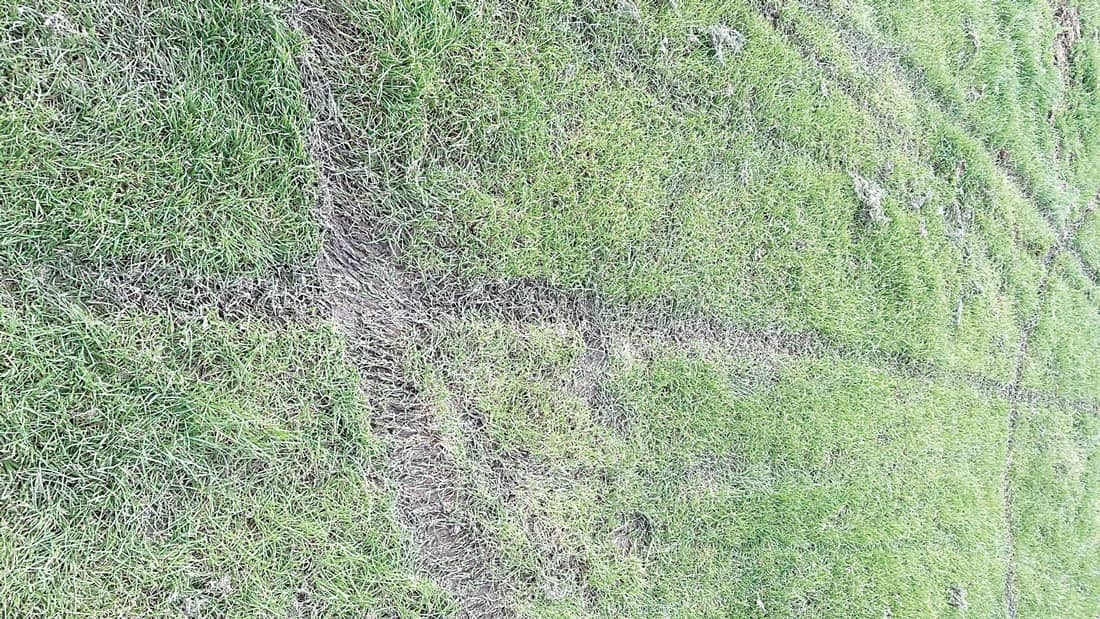 PERSISTENT issues with people on scrambler bikes gaining access to Butler McGee Park and damaging the pitches used by local sports teams appear to have quietened down, after gardai seized a scrambler bike from the park last week.

As reported in The Echo last week, Marks Celtic Football Club had to cancel their schoolboy training sessions and their weekend matches were disrupted by people on scrambler bikes tearing through the park and damaging their pitches.

The pitches in Butler McGee Park

Four pitches in Butler McGee Park are rented out to St Mark’s GAA Club, and their pitches have also been damaged and matches have been disrupted by the anti-social behaviour.

Mark Brady, the chairperson of St Mark’s GAA Club, told The Echo: “We’ve had non-stop issues with scrambler bikes in the park, especially in the evenings, when there are at least three scrambler bikes, but there are normally five.

“They’ve destroyed the pitches used by Marks Celtic, and they’ve done some damage to the GAA pitches too.”

It’s particularly disheartening for the club members to see the damage that is caused as, according to Mr Brady, South Dublin County Council have been doing “fantastic work” in maintaining the pitches, only for it to be undone by people on scrambler bikes.

“These guys just come along and wreck the pitches,” added Mr Brady. “It’s extremely frustrating for the members of St Mark’s and our colleagues up the road in Marks Celtic.”

Two weeks ago, the club had to temporarily stop an U16s girls’ match until people on scrambler bikes left the park, as it was not safe for the match to continue while they were there.

However, last Wednesday night (September 2) when a match was being played, there was a garda car at each entrance of the park and gardai seized one of the scramblers – which appears to have been an effective deterrent.

“Since that happened, and we’ve seen that proactive police work, there hasn’t been one scrambler in the park,” commented Mr Brady.

“We challenged them and let them know that it can’t go on [by having the guards there]. But we’ll be very vigilant.

“We’ve to provide a safe environment for our teams to play in.”

Mr Brady added that he believes changes need to take place at government-level to enact legislation to allow those on scrambler bikes to be prosecuted, and he said the club has been in touch with local Fianna Fáíl TD John Lahart to highlight the issue.

A spokeswoman for South Dublin County Council previously told The Echo: “Ongoing problems associated with scramblers and quads in some parts of the county is not only causing difficulties for South Dublin County Council, but also distress to residents and sporting clubs as their quality of life is being impacted negatively through extreme damage to community open spaces and playing facilities.”

Last year, the council spent over €110,000 on securing the Drumcairn Parade and Drumcairn Avenue perimeter of the Butler McGee Park with fencing, while a further €100,000 was earmarked for the completion of a fence at the Cookstown Road side of the park.