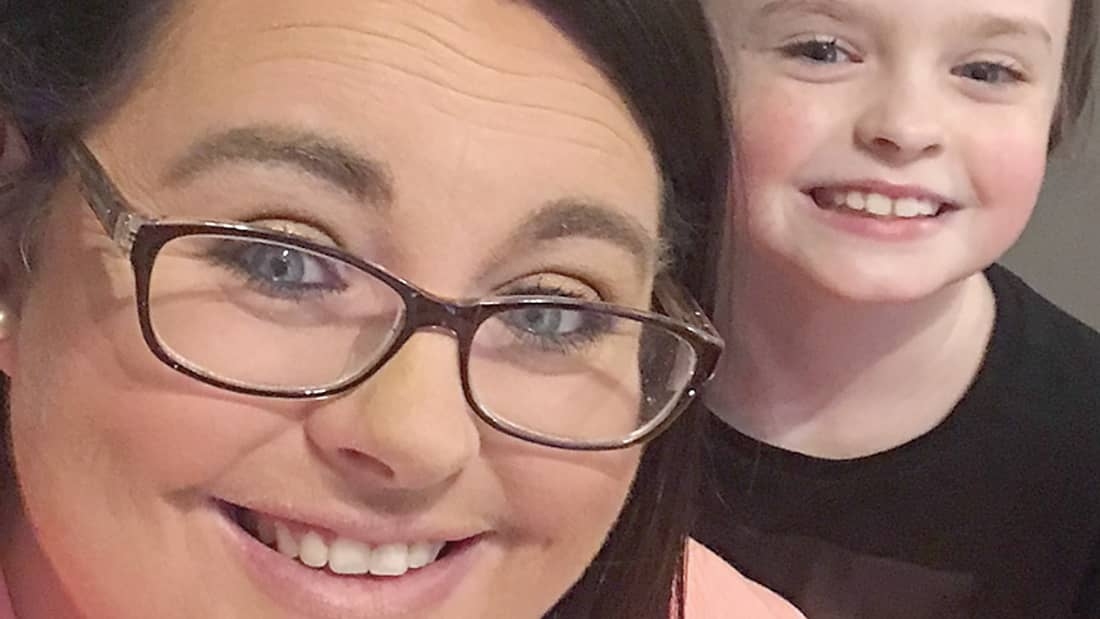 A MOTHER of a severely asthmatic girl says her daughter will not be going back to school with the “numbers the way they are”.

Ava Biddulph (8) was due to start third class in St Michael’s Primary School in Ballyfermot on August 27, but her mother Amanda Biddulph fears for the youngster’s health.

Ava with her mother Amanda

Young Ava is on a daily dose of 12 puffs of Ventolin every four hours, plus a steroid inhaler, a tablet at night and needs extra steroids orally throughout the year.

Speaking to The Echo at the time, Ava’s mother Amanda Biddulph detailed how “terrified” she was at the thought of exposing her daughter’s fragile lungs back in the classroom.

Following discussions between the family and the school, an arrangement was reached which will see Ava homeschooled.

This was dependent on a doctors letter, which deemed Ava to be in the ‘high risk’ category.”

As we head into the second week of schools reopening, Amanda says the current Covid related climate means Ava will be at home for the “foreseeable” future.

“She won’t be going back with the numbers the way they are. Definitely not. After the article was brought out, the Department of Education released a statement to schools telling them how to support kids at home who were classed as high risk.”

Another concern for Amanda, was the Education Welfare Act requiring an intervention with an education welfare officer, if a pupil misses more than 20 days in school. However, this appears to have been alleviated.

Amanda continued: “Even though Ava is not in school, she’s being homeschooled but gets marked in on the role at school, so she’s not eating into her 20 day allocation thank God.”

The Department has said guidance in relation to remote learning applies only to very high-risk pupils with an underlying medical condition.

“Where a family has a school-going child and a medically vulnerable individual, they should engage with their medical team and their child’s school,” said the Dept.

Homeschooling is a different ball game for two working parents but Amanda says the family have settled into it.

“We are trying to juggle around work,” said Amanda.

“I’m part time now because of Covid so it’s kind of easier and my husband is at home until 1pm on the days I’m in work. The school have been very good with the work they send home and will be organising interactions with her class remotely.”