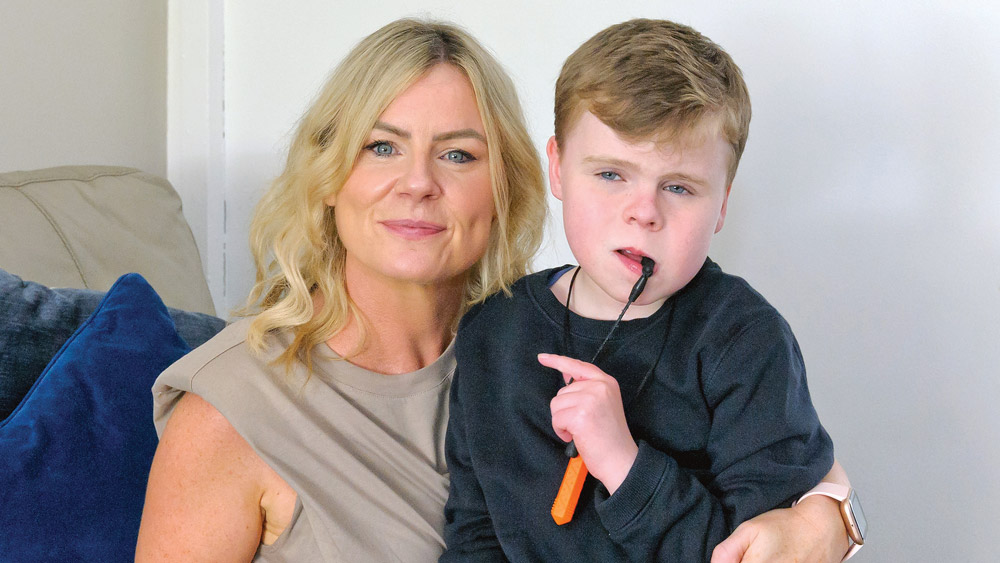 A SCHOOL which provides education for students with different levels of learning difficulties is helping them reach their potential and providing parents with “great peace of mind”.

Stewarts School has been in operation since 1978 and recently moved into a new innovative building in Lucan because of a €25 million investment from the Department of Education.

Many of the 134 students have complex needs, including physical, behavioural, and sensory difficulties – and Stewarts helps them each achieve their educational and life goals.

For Tara Egan, who is from Clondalkin, enrolling her son Alex (9) in Stewarts School has brought about a “massive difference and benefits” for him.

Alex is autistic and has an intellectual disability, with the new sensory rooms, playground and open-plan classrooms proving him with safe environment to flourish.

“As a parent, I have great peace of mind knowing that Alex is going to something that he is safe in,” Tara tells The Echo.

“I’d be lost without the school for what they do for Alex, they are so, so good.

“A lot of the children who go to Stewarts School would have a profound learning disability and it’s all about giving them life skills so they can have their own independence in life.

“That’s what it’s all about – it gives the kids the tools for life and that’s what is most important.”

A high number of pupils which attend Stewarts are on the autism spectrum, and the school develops tailored education and learning opportunities to each student.

For 13-year-old Joshua Murphy, who is autistic, non-verbal and has global developmental delay, he has grown exponentially since starting in the school 10 years ago.

“Josh learned to walk when he was four. So, when he started in Stewarts School, he had no real communication, no eye contact and limited mobility – he could only really sit up,” says Joshua’s father Stephen O’Brien, from Lucan.

“He’s just turned 13 now and not only is he walking, but he’s running, and playing sports.

“He has a few words and would use sign to communicate, his understanding is 100 per cent.

“When you think about from then until now, he’s coming on in leaps and bounds.

“Joshua’s progress has been unbelievable, and his teachers are brilliant, he honestly wouldn’t be where he is today if it wasn’t for them.”

With the new premises, words like “spacious”, “inviting”, “accessible” and “warm” cropped up multiple times when each parent described the €25m facility.

Specifically developed to meet the complex needs of its community, the new purpose-built facility was launched by Minister for Education, Norma Foley TD, on September 14.

The new school features 28 classrooms and a plethora of other accessible areas such as four sensory rooms, four teaching support rooms, a library, PE hall, outdoor play areas and a canteen.

“Alex can’t concentrate too well, he needs to move constantly. The bigger classrooms gives him a chance to move around that bit more,” Tara details.

“He has some mobility issues, so he wouldn’t be great at getting up steps or he might bump off something.

“With the new playground, it’s this soft clay type area, so if the kids fall they won’t hurt themselves massively, and they have special needs equipment in it as well.

“They have these new sensory areas as well, which means when Alex gets overwhelmed, he can be brought in to keep calm.

“Everything is so well thought out, and the staff are absolutely amazing.”

There are 23 teachers, 63 special needs assistants, three nurses and a support team of three employees.