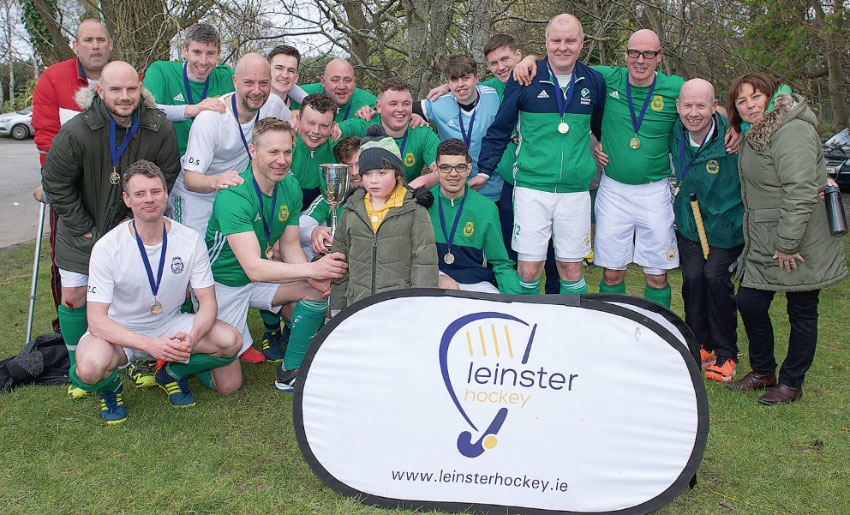 IT WAS double delight for Glenanne Hockey Club at Grange Road on Sunday as they landed both the Railway and Intermediate Cups.

The Tallaght club edged a 1-0 victory over Three Rock Rovers for the former while they enjoyed an emphatic 4-1 triumph over Railway Union for the Intermediate Cup prize.

In the Railway Cup decider it was John Stewart who served up the decisive goal in the opening half, taking the ball towards the baseline before shooting home.

Glens will also have goalkeeper Karl Crosbie to thank for keeping them in front while Gary Shaw was most impressive in his defensive partnership with Joe Brennan especially given the fact that he usually plays in a more advanced position up the pitch.

It was a more comfortable affair for Glenanne in the Intermediate Cup decider as a hat-trick from Stuart Ronan saw them run out clear winners.

Cathal Donohoe got them off the mark just a couple of minutes in when he finished off a move that was started by David Shaw.

Ronan then bagged the first of his three when he dinked the ball over the Railway netminder after which he again beat him from the penalty spot.

Railway did have their chances to make it a much closer affair, but goalkeeper Wayne Kivlehan denied them a route back into contention on several occasions.

Both David Shaw and David McDonald also performed well while Mark Lambe was unlucky not to get on the scoresheet after his effort came off the post.

Still they made certain of victory when Ronan steered home his third and Glenanne’s fourth as the Tallaght side completed a league and cup double having secured the Leinster League Division Five crown earlier this season.

There was no joy for the Glenanne men’s first as they suffered a 5-1 defeat at the hands of EY Hockey League leaders Lisna-garvey at the weekend.

The loss means they will need to beat Monkstown at home in their final match of the season on Saturday, April 27.