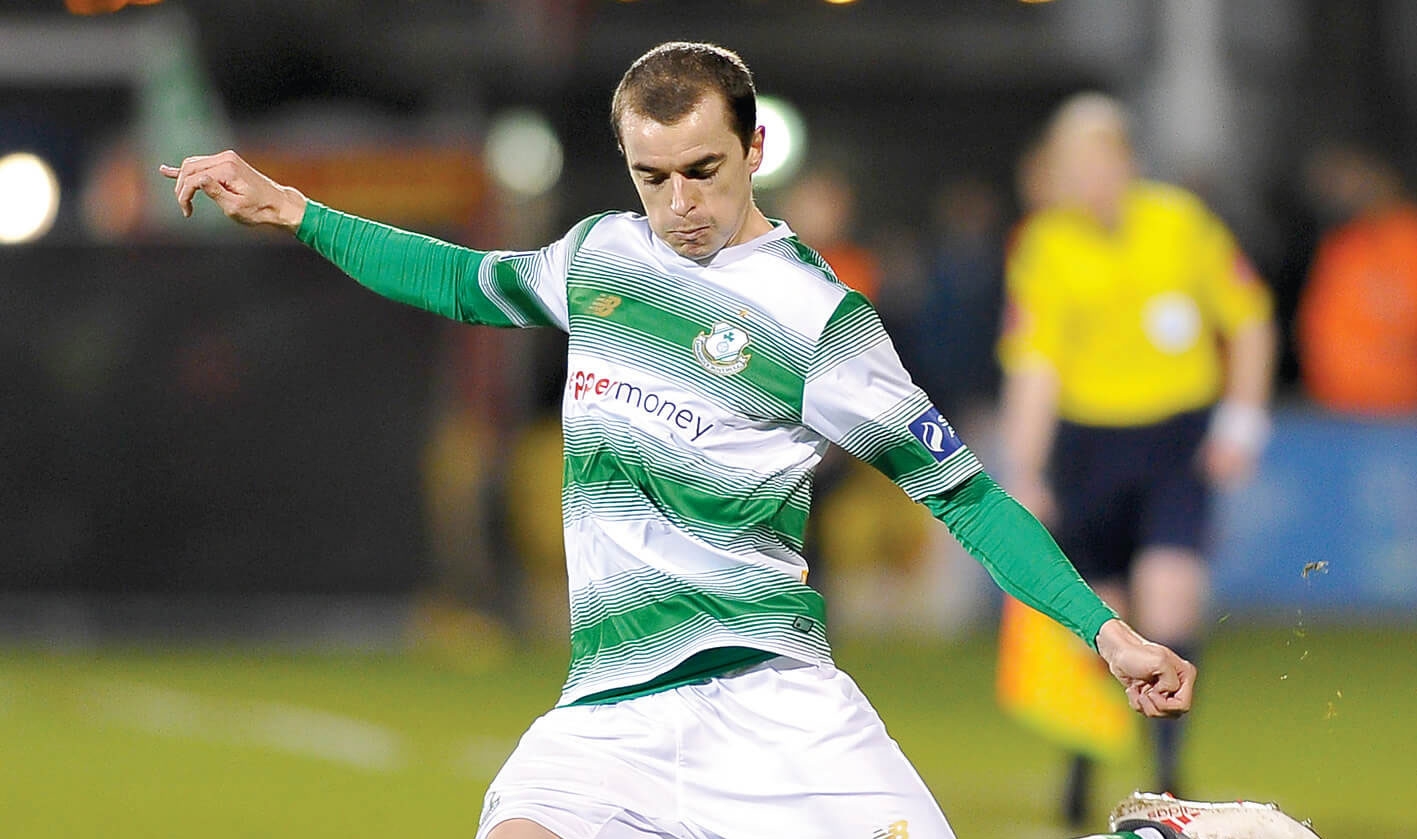 Kavanagh is wary of hungry Waterford

SEAN Kavanagh has warned that Tallaght Stadium is the very place Waterford United will be looking to redeem themselves following their heavy 4-1 defeat at the hands of UCD last Friday.

The Shamrock Rovers midfielder/defender was instrumental in his side’s 3-1 demolition of Cork City that same night, but believes Waterford will have the bit between their teeth when they pay the Premier Division leaders a visit tomorrow.

“They’ll be looking to bounce back after a result they wouldn’t have expect-ed against UCD and what better place to do that than against us in Tallaght Stadium” he told The Echo.

“UCD are a good side, but they [Waterford] will be disappointed and we can’t get complacent and we’ll prepare for this match like we do every other game” he insisted.

Waterford looked to have been on a roll after carding solid victories over St Patrick’s Athletic and Finn Harps before they were stopped cold in Belfield.

And being edged out in their season opener at home by Rovers will likely only increase the appetite for revenge, but Kavanagh is confident that Rovers manager Stephen Bradley can orchestrate another big win.

“Everybody knows their roles in the team, even when Stephen makes changes, the players coming in know exactly what they have to do.

“We’re eight points ahead now [of Bohemians] at the top and even if they win their two games in hand we’ll still be a couple of points ahead.

“We have the points on the board and we are where we want to be. We’ve just got to keep it going” he said.

The Hoops will be coming into this match on the back of their impressive victory away to Cork City last week, with Kavanagh having opened the scoring  for his team midway through the first half before Aaron McEneff served up a brace to see them comfortably over the line.

“Turners Cross is not the easiest of places to go, but we played well and it was nice to get on the scoresheet” said Kavanagh.

“It was a nice time to score after about 20 minutes. It was some good one-touch passing and Greg [Bolger] put in a great ball for me to score.

“I always believed we could score like I do every match we play. Getting that goal allowed us to push on and score more.

“I felt we played well in the second half. We kept the ball well and nullified much of their attack” he added.