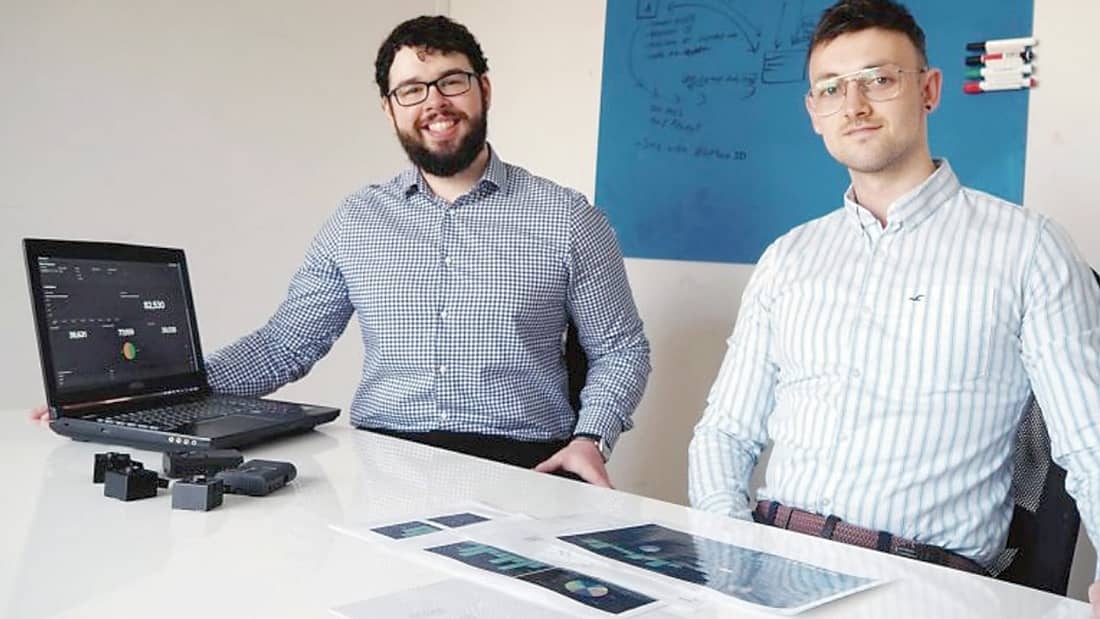 Glimpse puts focus on getting shoppers back into the stores

AN AUDIENCE-analysis platform for bricks-and-mortar retail has received renewed interest in the wake of the pandemic – and has put a focus on monitoring real-time occupancy in shops, at a time when many have to be careful about customer capacity.

The duo first began working together in 2017, when they utilised facial and skeletal recognition cameras to create an interactive aspect to digital billboard advertising, however the founders later changed the direction of their venture and launched Glimpse in 2018.

“Shane and I realised there was a huge amount of scope and scalability behind those cameras,” Oran told The Echo. “And that it’s very much a speed race, in terms of facial detection and recognition software.”

Glimpse gathers real-time data about shoppers, including their gender and approximate age, to inform retailers about customers’ demographics.

However, the company is also very stringent about privacy – and are in regular communication with the Data Protection Commission to ensure that their platform maintains a high standard of privacy and data protection.

“We came out at a time when GDPR started,” said Shane, “and we’re completely GDPR-compliant.

Oran added: “There can be a perception that technology is not privacy driven, but our system is constantly capturing footage and then spitting out anonymous metadata. That is the depth of the information we collect.”

As high-street retail is now fighting to draw back customers as the lockdown eases, following the surge in e-commerce during the lockdown, Glimpse, currently used by between 10 and 20 large-scale retailers, could become a feature of many more outlets.

“During the lockdown, we had time to pivot and develop our technology to detect customer occupancy,” explained Shane.

Oran added: “Essentially, Glimpse is a sales and marketing tool, but during Covid-19 retailers aren’t worrying so much about customer movement, but instead how many people are there in real-time.

Reflecting on the current position of brick-and-mortar retailers, Shane said: “Now, more than ever, retailers need to fight for every cent and bring shoppers back into their stores.

“And it will be data-driven insight that will save brick-and-mortar retail.”

Going forward, Glimpse is looking to close its current investment round, and Shane added: “We believe that in the next five to ten years many more people will use software like Glimpse. We’re having conversations now for the future.”

Further information on Glimpse, including a sample dashboard which shows how the metadata they collect is presented to retailers, is available at www.glimpse.ie.