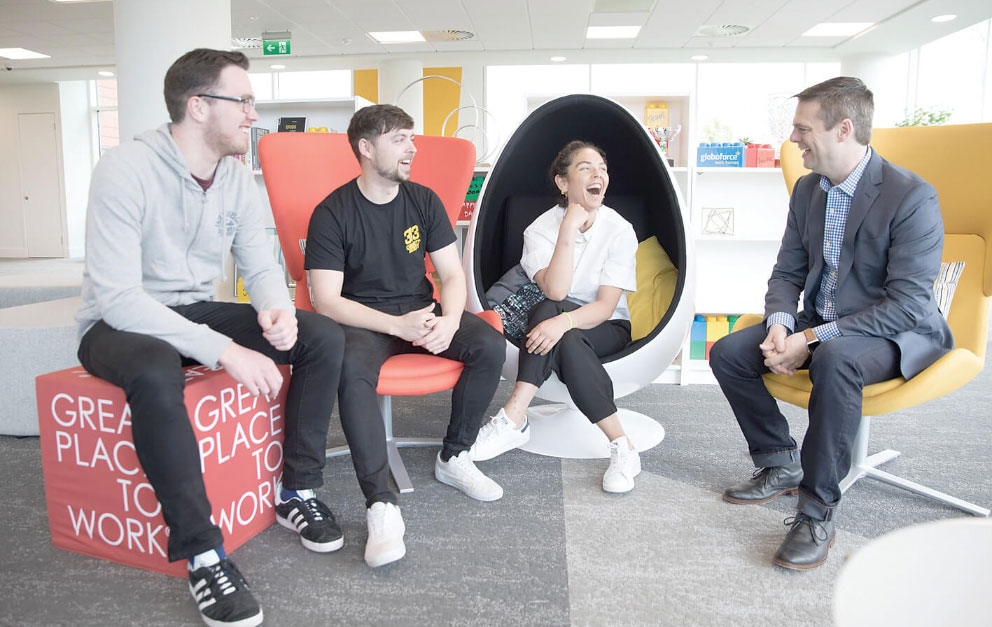 PARK West headquartered Globoforce, a leading provider of social recognition and continuous development solutions, announced that it has been named as one of the Best Workplaces in Ireland 2018 by the Great Place to Work Institute.

The prestigious accolade was presented at an awards ceremony at the Clayton Hotel, where Globoforce was ranked number 2 in the medium-sized workplace category.

This is the sixth year in a row that Globoforce has been recognised as a top Irish workplace for high scores on an employee survey and an assessment of its workplace policies and practices.

The company was founded by Tallaght man Eric Mosley in 1999 who was named on the Rich List this year with a personnel fortunre of €116 million.

“2017 was a fantastic year for Globoforce as we opened our new Dublin HQ and announced new jobs across a variety of departments,” said Niamh Graham, vice president of global HR at Globoforce.

“As we continue to grow, investments in our people are a critical part of maintaining and scaling our culture.

“We have amazing people at Globoforce – dedicated, passionate, and innovative. Our placement as one of Ireland’s Great Places to Work this year is most certainly dedicated to the entire team.”

John Ryan, CEO of Great Place to Work Ireland, said, “The organisations on this year’s list know that beyond a certain point, employees aren’t going to be tempted by a slightly more generous financial package: they want an environment where they feel psychologically safe, encouraged to grow, provided with opportunities to develop, and empowered to do their best work.”

“Rather than simply throwing money at their staff, Irish workplaces should take advantage of reward and recognition opportunities as a chance to develop their employer brand; enhancing and amplifying their unique culture.”

In May 2017, Globoforce unveiled its new Dublin headquarters in Park West and announced the creation of 100 jobs over the next three years as the company continues to expand globally.

A wellness room offers yoga, meditation and amenities for new mothers, while the GloboCafé provides employees with healthy snacks, a coffee bar, and modern diner-style seating.

In late 2017, Globoforce introduced its latest recognition platform Conversation which encourages teams, including those in Globoforce, to have more frequent communication around priorities and feedback to improve employee and business performance.