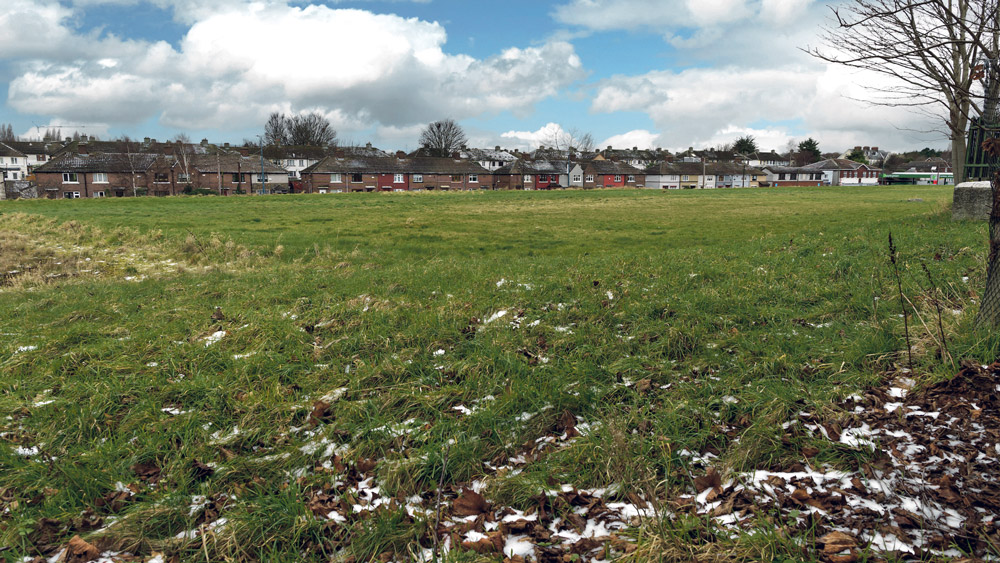 APPROVED: The Sons of the Divine Providence lands on Sarsfield Road

APPROVAL has been granted by the Department of Housing to grant €67 million in funding for a social housing development in Ballyfermot.

The proposal is for the construction of 176 units at the Sons of the Divine Providence lands, on Sarsfield Road.

A plan was put together by Dublin City Council and the Sons, with the former to build and maintain the housing stock on the site.

A letter by the Department to the city council on August 29, confirmed approval for the development and a budget of just over €67m, the bulk of which – €59.8m – designated for construction costs.

Various plans have been in the works for years at the Sarsfield Road site, which is owned by the Sons of Divine Providence.

The order arrived in Ireland in 1970, and operated a homeless hostel for boys in Ballyfermot from 1974 until 2001.

They have operated an elderly care unit on site at Fr Bedoni Court for years, which has capacity for approximately 60 residents.

Cllr Daithi Doolan (SF) welcomed the “first” of its kind development for the council.

“Usually, the Dept allocate funding for a voluntary body or the city council, but this is in partnership with the Sons of Divine Providence,” said Cllr Doolan.

“It is the first time they are using that model of delivery, whereby we work with the housing body, we maintain it and they have a stream of funding.”

The costs work out at €380k per unit, but Cllr Doolan believes it represents value for money.

“If we didn’t work with The Sons, we would have no houses there,” he said.

“In previous plans, the money was not there at the time. We said okay, let’s work together. It would be a shame to see the land fallow. This is a major step forward. It is probably one of the biggest social housing developments in the city. Hopefully the mould has been broken now and the city council can work in partnership with other voluntary bodies.”

Approval is subject to conditions being addressed at Stage 2 submission.

In the letter to the council, the Dept said it is necessary for a “relevant and robust procurement strategy to be included at the next stage of submission.”

Cllr Doolan said he was hopeful work could begin on site within 12 months.