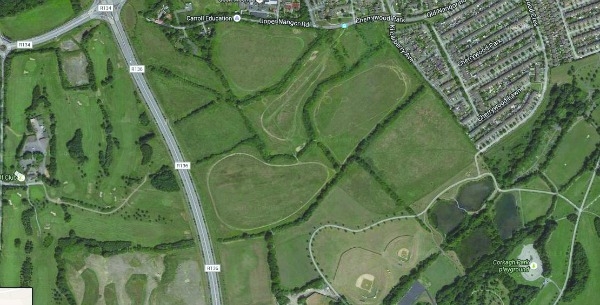 A HOUSING vision for the future of a 44-acre site located close to Grange Castle and the Kilcaberry and Old Church housing estates in Clondalkin looks set to be created early next year, with the potential for up to 500 houses and community facilities being constructed in the area.

The site was discussed during a motion on social housing at the December meeting of South Dublin County Council, with Sinn Féin councillor Eoin Ó Broin introducing the site as part of the discussion.

The site, primarily council-owned, had previously been earmarked for a high-density private housing development during the economic boom but the development never reached planning stages before the crash.

Cllr Ó Broin told The Echo: “It was a positive reply from both the manager and the head of housing in that they are looking to commit to creating a vision for the site that could help address both the big social housing need and help provide adequate child, family and youth services and create employment opportunities.

“Following the meeting I spoke with the chief executive [Daniel McLoughlin] and he said there was no reason why we can’t have a visionary plan within the early months of 2016.

“The council have an agreed county-wide strategy for 300 housing units, and the Grange site could see that number almost treble to between 600 and up to 800 units.

“A 44-acre site could accommodate up to 500 houses, a mix of social, affordable and private housing, subject to facilities being provided for residents.

“Just over a year ago, Sinn Féin carried out a door-to-door survey with nearby residents that we presented to the Clondalkin area committee about the development they would like to see.

“There is a huge demand in the Bawnogue area for facilities for people in the area, and this could be an extension of that with facilities and more residents to the area.

“North and south west Clondalkin is different then other areas of the county in that there is a need for expansion. There are infill housing plans with very small units being planned, but if this is to go ahead, the site should be priority over infill in Clondalkin.