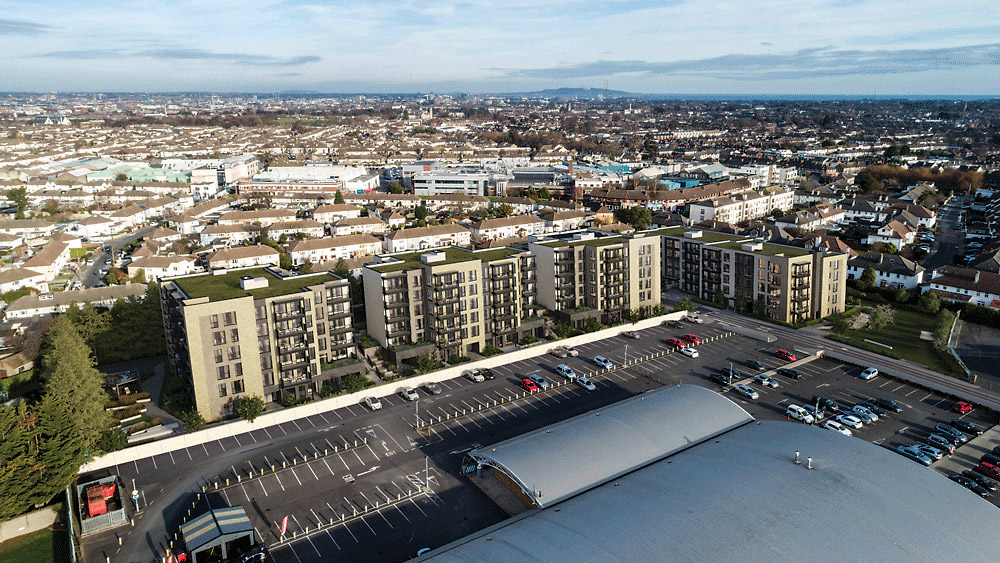 An artist impression of the proposed development on Kimmage Road West

AN BORD Pleanála has given the green light to fast-track plans for a €106 million apartment scheme in Terenure.

Over 75 objections were lodged against the Strategic Housing Development (SHD) scheme by Lioncor Developments subsidiary 1 Terenure Land Ltd for the 208-unit apartment scheme.

The Carlisle’ development site is for lands to the north of the Kimmage Road West, located to the rear of a Ben Dunne gym.

The appeals board has given the go-ahead for the six-storey apartment project after concluding that the development would constitute an “acceptable residential density” at the location, it would “not seriously injure the residential or visual amenities of the area and would be acceptable in terms of urban design, height and quantum of development.”

One of those to object was Sinn Féin TD Deputy Aengus Ó Snodaigh who said that opposition to the apartment scheme was “not nimbyism”.

In an objection to the plans, Mr Ó Snodaigh said that “nobody could say that the imposition of five blocks of six-storey apartments backing on to and overlooking the gardens of Dublin Corporation-built 1930s/40s two-storey homes is suitable, as is being proposed with the Carlisle development.”

The ‘Carlisle’ development” site is for lands to the north of the Kimmage Road West located to the rear of a Ben Dunne gym.