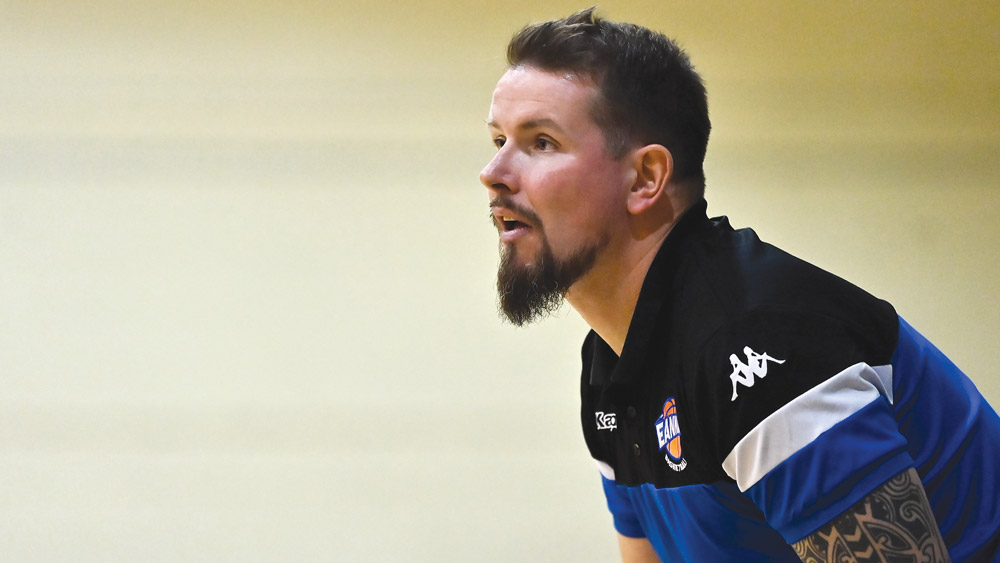 Darren McGovern has seen his DBS Éanna team lose a number of key players, but is hopeful the influx of new talent with compensate

DESPITE losing the services of several key players over the summer, DBS Éanna Head Coach, Darren McGovern remains optimistic his team can again make its presence felt in the Men’s Super League which starts for them this Saturday with a home tie against Sligo All-Stars.

The Rathfarnham side will play host to the newly-promoted Connacht outfit without the likes of big names like Stefan Zecevic, Dan Heaney and Jake Verscoyle, and their departure from the club has forced McGovern to take action in an effort to replace some of that core.

“We’ve had a bit of a change in the squad, so we’re just trying to get prepped for the new season” he said.

“There have been a few outgoings, most notably Stefan Zecevic, who’s moved to St Vincent’s. He’s been one of our main players and he’s been there every season I’ve been there, so he’s a big loss. He’s been our main import.

“We’ve also lost Dan Heaney. He would have been a big focal point over the last four or five years as well, but he’s left to go back to Tolka and Jake Verscoyle has gone back to St Vincent’s as well.”

Still McGovern was quick to also highlight the positives of the summer transfer season, telling The Echo “Josh Wilson is back and he’s been another of our main imports. He’s been with me from the start. He’s the only American we have. We’re not going with two.”

Shooting guard, Sean Jenkins and power forward, Marko Tomic are also on board as is Stefan Desnica (Guard/forward) who suffered an ACL injury in only the second game of last season,  but is returning to fitness for the side.

“I don’t think he’ll make the start of the season, but he will, at some stage, be back” McGovern assured.

“Scott Kinevan is joining up from UCD and bringing in a wealth of experience.

“Romonn Nelson, who was with us last season and was excellent, is staying, as is Alex Dolenko and then you have other notables like Neil Lynch and Mark Reynolds.

“The core is there, although we did lose a little bit of that, but we have added some really good talent into it.

“I’m quite excited. I’d still put us as big underdogs and maybe top-four would be really good for us and, you never know, if you get top-four, you might get a chance to win something” said McGovern.

Last season saw Éanna top the Northern Conference and make the semi-finals of the league where they were eventually undone by a Tralee side that had also despatched them from the last four of the National Cup.

The team has enjoyed a timely boost just ahead of the new Super League campaign after they won the pre-season tournament staged in SETU Carlow last weekend.

In that competition they saw off the challenge of Dublin Lions, University of Ulster and hosts SETU Carlow in the group stages to set up a clash with Limerick Celtics in the semi finals.

They emerged 10-point winners, but at the expense of Alex Dolenko, who suffered a head injury that is likely to keep him out of action for the opening two weeks of the season.

In the decider they faced none-other than Sligo All-Stars, and while Final MVP Marko Tomic, helped them to a comfortable 22-point victory, McGovern is expecting a much tougher challenge when the two sides meet again in the league opener this Saturday.

“They [Sligo] have a lot of good young talent and they’ve recruited really well, so they’re going to be a hell of test on the first weekend” stressed McGovern.